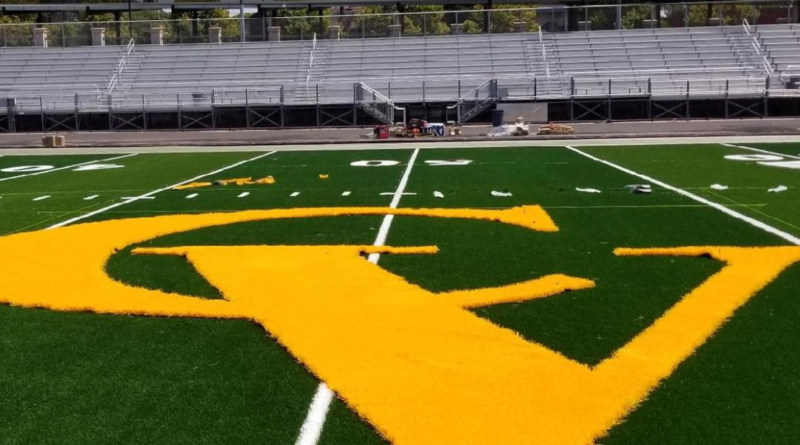 Many athletes are reaching for their cleats this year as schools are reopening and allowing sports to resume. After being cooped up in their rooms for so long, these athletes are finally starting to sprint and glide through the fields, making big plays along the way.

Some of the first sports that are starting to reopen include football, baseball and softball, all sports that require rigorous effort and year long training. Many are worried about how quarantine has affected their performance, and with the first competitive games being played out, the results are starting to speak for themselves.

One of the first sports to open up and start playing games was baseball. As players slide and slip across the muddy fields, many are having a blast being back on campus and practicing. The CVHS team has played multiple games on the field and has started getting back into the groove of things. However, after a few losses, it is becoming clear that the lack of baseball practice has done some harm to the team. Despite this, members on the baseball team are keeping aspirations high, and aiming to do better.

“We are rusty after not being able to play during quarantine and we need to practice in order to get back to how we were before,” said junior Maddox Wood.

On the other hand, the softball team has been holding its ground winning recent games. With Trojans defeating the Hornets and Lions, the rest of the season is looking promising.

“The softball team has been practicing hard, we are really excited to come back and give it our all this season,” said sophomore Kori Lowe.

Other teams are also having to work hard in order to prepare for their future game and defeat the negative effects that came with not being able to play their sport for so long due to the pandemic. Even though the water polo team does not have any games soon, players are diving into practice in order to swim past the competition.

“I love being able to see everyone again…We haven’t had a game yet, but practices have been hard as we get back into the swing of things. I think we’re going to have a great season,” said junior Katelyn Heuser.

Overall it seems as if our CVHS athletes are getting back into the swing of things after the pandemic. Though many athletes have not had as much practice as they used to before, they are just as confident that through their hard work ethic, they can overcome the challenges and perform at their peak.