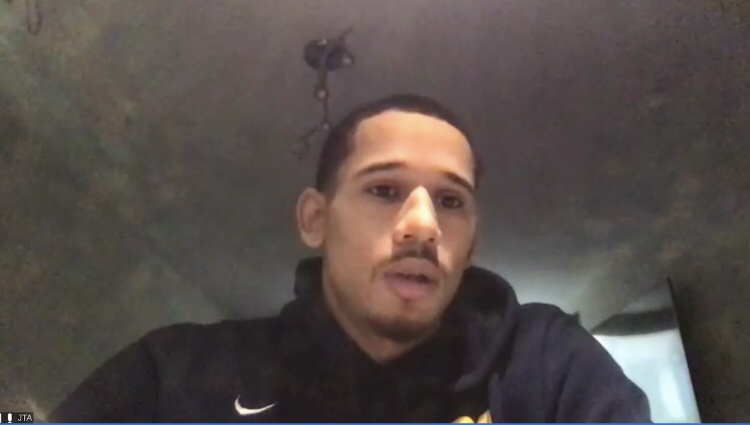 CVHS students recently had the unique opportunity to meet with Juan Toscano-Anderson, basketball player for the Golden State Warriors, and CVHS graduate. He spoke over Zoom about his experience with the Black Lives Matter movement. In June of 2020, he organized two peaceful protests in Oakland, which people attended in droves.

“I wanted to create a space where people could come to express themselves, whether that be through signs, whether that be through protesting or chanting, just being there and showing support for one another,” said Anderson. “When we did [the protest] I definitely didn’t expect ten to fifteen thousand people to come out and rally with us, and that was pretty cool. It gave me more confidence, and it gave me more understanding of my platform and the reach that I have.”

Anderson grew up in the inner city of East Oakland. As a biracial man, half Black and half Mexican, he was familiar with racism from a young age.

“When I was in third grade, my best friend was white. His mom made him stop hanging out with me because I sold candy out of my backpack, and she told him that I was going to be a drug dealer when I grew up,” Anderson chuckled. “I got the last laugh now.”

His mom later moved to Castro Valley, and when she told him he was going to attend CVHS, he was not enthused. Anderson did encounter some racism during high school. Despite that, to his surprise, he had an amazing experience.

“For what it’s worth, I’d give everything going on in my life right now to get my high school years back. That’s how much fun I had,” he recalled. “Castro Valley was one of, if not, the greatest time of my life.”

Now with his platform on the Warriors, Anderson has seized the opportunity to combat racism as best he can. He had always felt strongly about it, but he cites the devastating death of George Floyd as the last straw that spurred him into action.

Despite his desire to show his support for the Black Lives Matter movement, Anderson was hesitant about organizing protests. At the time, he was new on the Warriors as well as to the NBA, and he didn’t want to jeopardize his position. He went through with it anyway, and to his surprise, he was joined in Oakland by stars Steph Curry and Klay Thompson. Their support gave him the extra confidence and security knowing that his teammates had his back.

During the Zoom with students, Anderson was asked how people without large platforms like his should go about combating racism in their daily lives. “I think the first step is getting people to understand that they don’t know [what it’s like to be Black], and they have to be a blank canvas,” he said.

“No deed is too big or too small. You can start literally with a conversation,” Anderson confidently told the students.