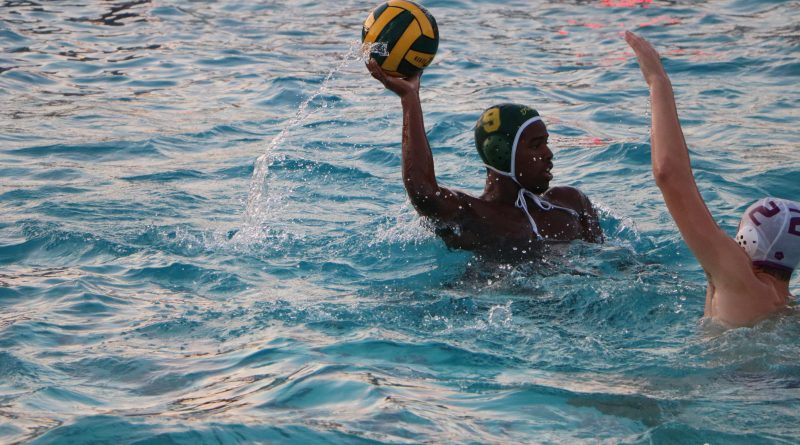 Time is ticking and high pressure stresses as players hurriedly push down the pool in attempts to score a point, but they persevere through the support of their captain.

Senior Elijah Williams serves as the captain of the varsity boys water polo team this season. In addition his positions are hole set and point. As a hole set, Williams is able to score many points for his team and as a point he is able to lead the offense.

Williams has played for the CVHS varsity boys water polo team since his sophomore year and has shown many of his strengths throughout the seasons which led him to become the captain of the team.

In addition to being a competitive swimmer, Williams believed he could take on water polo. His older sister was also an inspiration because she played water polo as well.

In the eyes of Williams, one of the most rewarding moments of the season this year was when his team defeated the Bishop O’Dowd dragons with a score of 12-8.

“Winning was special because they’ve been our rivals for a long time and it’s the first time CVHS has ever beat them,” said Williams.

The team acknowledges the achievements that Williams has made as a player, teammate and captain.

“Elijah is an extremely fast swimmer and strong player. He is always there to pick people up at practice and lead the team into victory with his abilities,” said teammate Travis Orem.