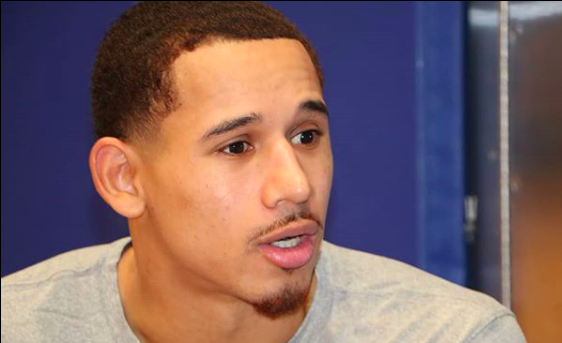 “This is the opportunity of a lifetime. It supersedes everything. It’s the biggest opportunity I have going for myself,” said CVHS graduate Juan Toscano-Anderson, the newest addition to the Golden State Warriors.

Sitting down with The Olympian, Toscano explained that basketball is everything in his life and has been since high school where he realized his future career.

“We love Juan. He’s a wonderful, infectious personality. He loves the game and the energy that comes from competing. He loves his teammates and it’s been so much fun coaching him. I love his story and how he’s had to scrap for everything. He’s fantastic,” said Warriors head coach Steve Kerr.

As the only NBA player of Mexican descent, Toscano-Anderson reminds himself each time he plays that it is not only him on the court but an entire country rooting for him. Cheering on from home or in person, his fans have been following him all the way since the start of his basketball career at CVHS followed by his college days at Marquette.

“It was for sure more challenging at that level,” Toscano-Anderson said of his college years. “I’m an 18-year-old kid playing against 22-year-old men. There we got to the Sweet Sixteen, Elite Eight, and got a Big East Championship. Those are some of the things I’ll never forget.”

With injuries setting him back in college, Toscano-Anderson felt at times his dreams may have been slipping away. With the draft coming he made an important decision to not enter his name in the NBA draft but instead play for the National Basketball League of Mexico for the next three years.

“When I first stepped into the room I didn’t realize the magnitude it had. Just being an example and a figure in Mexico but not only for Mexico. I think it gets lost because I represent Mexico, but I’m also half African American. Just being a figure for young kids itself is really cool. But wearing that Mexico across your jersey and representing an entire country…it’s inexplicable,” Toscano-Anderson said.

Toscano-Anderson’s diversity is not just in differing ethical backgrounds but in differing basketball environments as well, which is what brought him to the Santa Cruz Warriors G-League team. For two years he played on the G-League team when he was finally called up to the big leagues.

“When I got the call I was definitely overwhelmed. In my heart I wanted to be so happy and be very excited. In my mind I knew I was stepping into a bigger world. Again I’m the little fish in a big pond. I just wanted to stay humble and grounded. People don’t realize the harder part is to stay in the NBA. I knew this was my time to work hard and make something happen,” Toscano-Anderson explained with a smile.

Even though this year’s Warriors team is struggling in the standings, Toscano-Anderson has made a positive impression, playing off the bench and scoring about six points per game, possibly playing himself into the team’s future plans.

He offered this advice to his fellow Trojans: “Just continue to follow your dreams,” he said.  “A lot of people will be naysayers just because of percentages. When I left Mexico a lot of people were telling me I was making the wrong decisions because finances were so different. One thing I learned is to make your own decisions and ride with them, bet on yourself.”

One thought on “Juan-derful breakthrough”