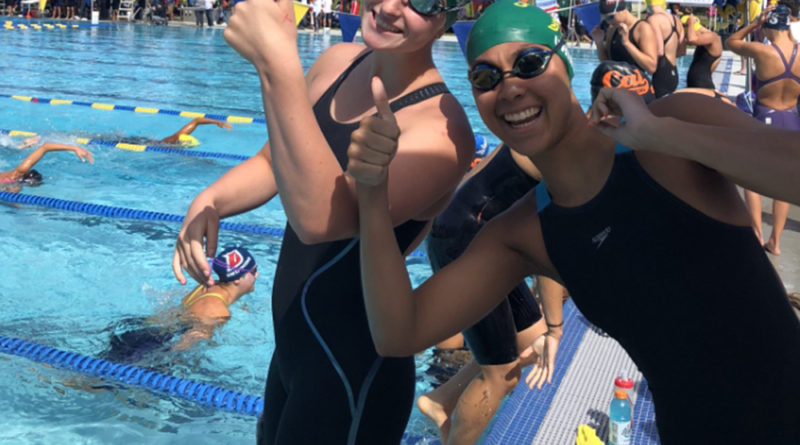 The CVHS boys varsity swimming tean won the 2019 WACC Championships which took place on April 26 and 27, with the girls varsity team coming in second.

CVHS swimming did spectacularly at the NCS championships at Chabot College this year also. Girls swimmer senior Jacklyn Scheberies made finals in both of her events and came out sixth in both, qualifying for the state competition for both. Junior Kayla Craft made finals in the 50 and 100 back, coming out tenth in 50 free and 14th in 100 back.

For the girls 200 medley relay, Scheberies and Craft and juniors Lauren Francis and Elma Sabanovic came in ninth place overall, making it to finals. All four of them also made finals in the 200 Free relay, coming out in 10th place. Sophomore Quentin Mognaga, sophomore Caden Liang, junior Tommy Ryken, and senior Andy Jerome came in 15th place after competing in the 200 free boys relay.

“What’s so fun about relays is that it isn’t all about you and you have to work as a team with the other three boys,” says Jerome. Jerome won sixth place in the 100 yard freestyle and 200 yard freestyle. “I’d say what led me to being a fast swimmer was my determination to get faster times.”

“I think I did well because of how hard I trained and the amount of discipline I had throughout the season,” said Liang, whose best event was the 100 breastroke. “Another factor that contributed to my race is always wanting to improve. The two achievements I am most proud of is being able to compete in an individual event and dropping time in the 100 breaststroke.”