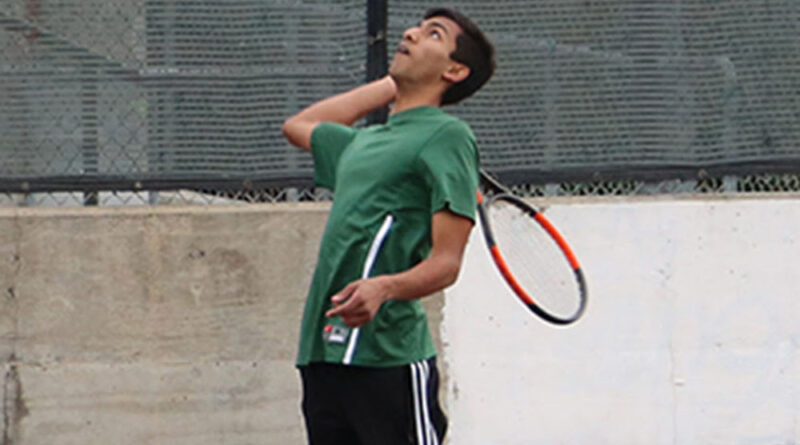 Ashir Gupta is a senior on the varsity tennis team, and has been a member of  the CVHS tennis team for three years, playing doubles. Despite all of his advanced classes, being an active secretary of the California Scholarship Federation Club,  and the president of the Stocks Club, he has helped the CVHS tennis team secure an undefeated winning streak, and helped carry the Trojans to the Northern California Sectionals.

“Tennis has been a passion of mine since middle school and being on the team with some pretty talented players got me motivated to work harder in order to play at a higher level like them,” Gupta said. This is the competitiveness that keeps him focused throughout every game.

As a young player, Gupta found inspiration in some of the sport’s famous players and that inspiration continues to drive his success.

“Growing up watching great players like Nadal and Federer fueled my desire to play in middle school and high school. It’s also driving me to want to play in college. Whether it is trying to play for the team, or playing tennis for UC Berkeley, I don’t plan on giving up tennis anytime soon,” said Gupta.

Teammates agree that Gupta will have a lot going for for him if he continues to play strongly in college.

“I think Ashir is a very talented player who has a lot of untapped potential that he could unleash in the future,” said fellow player Edward Wang.

With his competitive nature and strong motivation to succeed, there’s no doubt Gupta can carry his college team to success the same way he did with his high school team. Everyone should be on the lookout for Berkeley’s winning streak once Gupta starts playing in the fall.