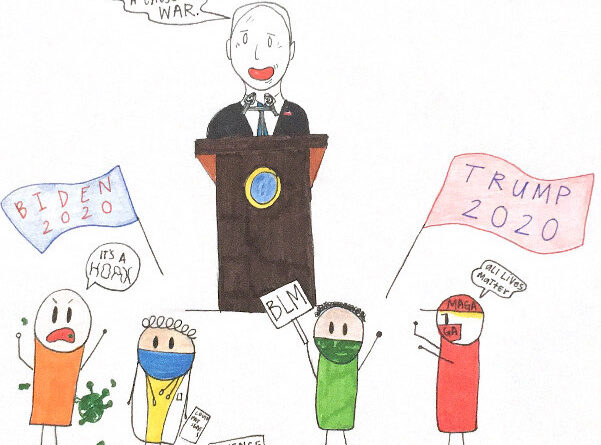 President Joe Biden was sworn in on Jan. 20, spreading messages of hope and unity. His inauguration comes at a time of intense political division, with almost half the country viewing his presidency as fraudulent. Biden promoted unity in order to focus on the pressing issues facing the whole country, such as social injustice, political division, and the pandemic. We at The Olympian support Biden’s message and goals as he starts to lead our country.

While Biden delivered an encouraging and inspirational message about uniting our much-divided country, we remain hopeful while recognizing the great challenges at hand. Biden acknowledges that unifying a country will be difficult, as the divide in America has grown great. Biden wishes for Americans to join together to overcome the “crisis and challenge” our country is facing. His presidency will not be an easy one, considering how close the Senate and House are in party power and the millions who remain loyal to former President Donald Trump.

Throughout the speech, Biden especially stressed the importance of combatting COVID-19. Before anything, he wants to make sure we defeat the virus and get back to our regular lives as soon as possible before we focus on other issues within our nation. He brought up the importance of honesty and truth during these times and the value of having transparency with each other, so trust is easier to find. Biden’s point on truth is a direct response to Trump’s previous leadership, in which he falsely accused his opponents of voter fraud. Lastly, Biden made sure to promote cooperation with other nations.

The Olympian supports Biden’s goals for restoring unity and thus bringing the once-widespread love for this country back. During his speech, Biden addressed the virus and how controlling the turbulent situation would be the first thing on his agenda. We certainly agree with that goal since the crisis is so grea and the previous administration dealt with it so poorly.

We also appreciate Biden’s embrace of truth, a value which has almost been forgotten for the past four years. A leader in such an authoritative and influential position should strive for nothing less than complete honestly.

After Trump withdrew the United States from the World Health Organization (WHO), it was clear to see that our relations and reputation with other countries was dwindling. Biden made it clear that reinstated relationships with other countries are imperative to our prosperity as a nation. We couldn’t agree more.

As Biden enters office facing many challenges from all fronts, we would like to see unity. Biden should not get sidetracked and instead should focus on what he believes is best to repair our economy, heal our nation from the pandemic, and repair racial tensions. In his first 100 days, Biden vowed to reverse many of Trump’s actions through executive orders and carry out plans which Trump has refused to curb the pandemic. His new policies include a stimulus bill to support the unemployed, a mask mandate for interstate travel, and the rejoining of the Paris Climate Accord.

We believe Biden should also take more public opinion into account, something which his predecessor didn’t do. As this administration ushers in a new era, contrasting the last four years in which America looked inward, we can only hope Biden’s ideas succeed. When Biden’s policies succeed, our country will succeed and unite.