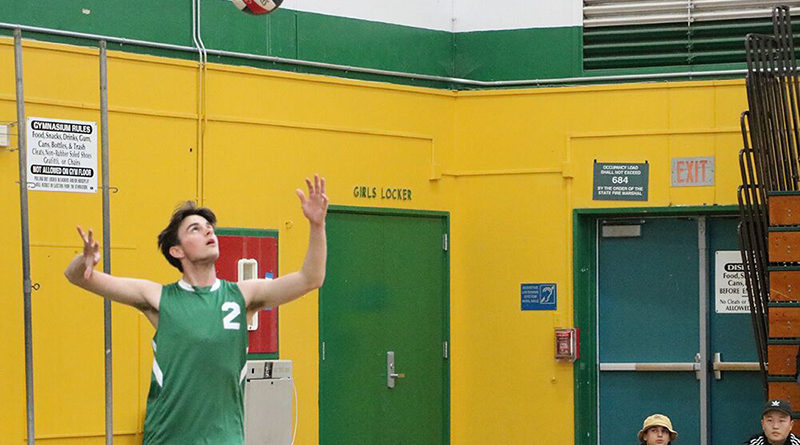 The boys volleyball team was unable to bring home the win but put up a hard fight against the Arroyo Dons on April 11.

In set one the Trojans won handily, shaking the Dons and starting off strong. Players Devin Green and Jaret Unti made some big attacks against the Dons to grab the first win with a score of 25-18.

Tied at 1-1 the boys huddled together and cheered, each team determined to get it back. The Trojans started the third set strong going up 14-9. Some big defensive plays by Hayate Moro and Kyle Malinao kept the Trojans in the set and kept their lead of 22-19.

With some big attacks by Arroyo the set was tied 23-23. And then the rally began as the Dons and Trojans went back and forth keeping the game tied at 30 all. With a big move by Garrett Ailshie, the Trojans went up 31-30 but lost the next three points to eventually lose the set at 33-31.

In the last set the Dons continued their strong attacks. The Trojans had a good rally but lost the set 26-24 losing overall three sets to one.

“Even though we didn’t get the win we played out hardest out there. We have come a long way as a team and we can only get better as the end of the season approaches,” concluded junior Green.