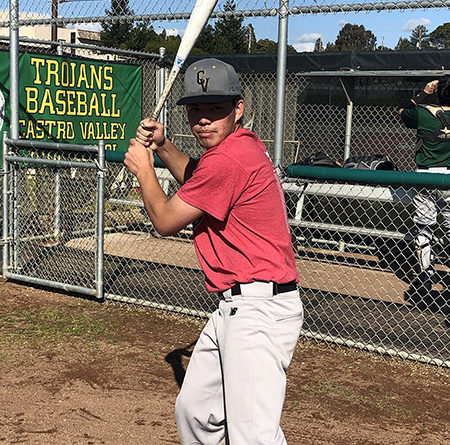 “Last year we had one of our worst games ever. We were playing against Bishop O’dowd High School. It was a cold, night game. We were losing, then, Matthew came in and tied the game. There were 14 innings total. He pitched seven of them, outstandingly,” remarked the varsity baseball coach Glen Sears.

Matthew Aahl is a senior on the varsity baseball team, and has been in the high school baseball program for four years. He has been playing all his life, and plans to incorporate baseball into his future as well.

Aahl expressed desire to play baseball for as long as he could, definitely continuing into college.

Teammates described Aahl as a hard worker and a true, passionate leader who leads by example.

The coaches had Aahl on their radar since he was a sophomore. As a junior, his batting average hit over .350. In addition to being a skilled player, Aahl also goes the extra mile outside of practice.

“He has come down a few times with his father on his own time. He always asks me ‘Coach is there anything I can help with?’ You know he’s going to be a success in life. It’s kids like him that make me glad I’m a coach,” said Sears.

“All the time I think about quitting,” Aahl admitted. “But what makes me stay is all that I’ve invested. All that I’ve put in.”