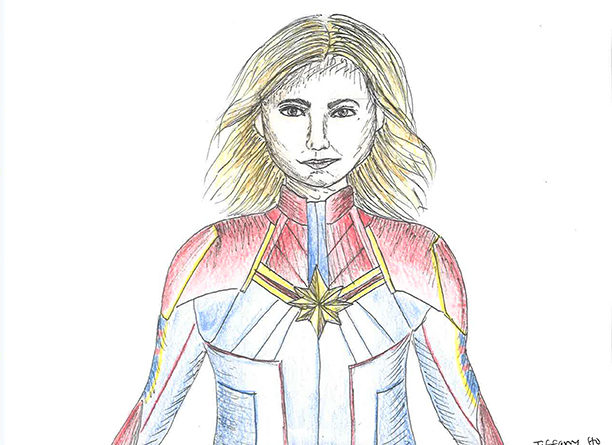 “Captain Marvel” stormed up to the top of the box office ratings, making $600 million worldwide in its first week, passing up major films.

“Captain Marvel” features a Kree warrior fighting a battle against herself and her enemies. As she’s trying to save the world from Skrulls, she’s also trying to figure herself out and control her powers.

The movie produced a good role model as a superhero. A lot of superhero movies don’t have female representation in them, but Captain Marvel gives an example to little girls who want to look up to someone.

People should see this movie because it’s leading on to the next Avengers movie. It’s an action packed movie, with a ton of humor in it.

In the end, Captain Marvel learns that she can trust the people that she didn’t think she could. She made new friends, and fought to protect the people she loved.