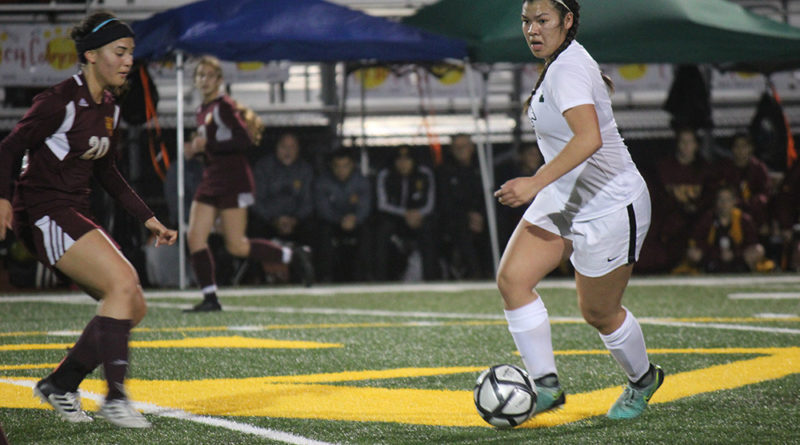 The CVHS varsity girls soccer team played fiercely in their first and final NCS game on Feb. 13, losing by a score of 3-0. Although the Trojans lost to the Liberty Lions, they persevered through many hardships.

The Trojans trailed 1-0 throughout the first half, bringing the ball from side to side and utilizing a strong defense. Unfortunately, junior Taylor Matthews suffered an injury and could not play for the rest of the game.

The second half began with another goal scored by Liberty. The Trojans came close to scoring goals, with multiple penalty kicks, but were ultimately stopped short by Liberty’s goalie each time. In the last few seconds of the game, Liberty scored another goal, making the end score 3-0.

Highlights of the game include performances given by Kylie Rojas, Leikela Lunt, Myla Ogle, and Juliette Torres.

Before the game, the Trojans were given news that their goalie had faced a car accident. Though she was not hurt, the news still startled her teammates. Alongside this misfortune, Rojas was injured and was thus unable to play to the best of her ability.

“With everything going on before the game, I think it was really hard to stay focused, but I’m just really glad that everyone worked their hardest, came together, and did their best. I think we’re all proud of the season that we have had,” said Ogle.

Losses seldom come to the team, winning seven out of 12 games played. The girls showed their Trojan spirit and played passionately despite many setbacks.