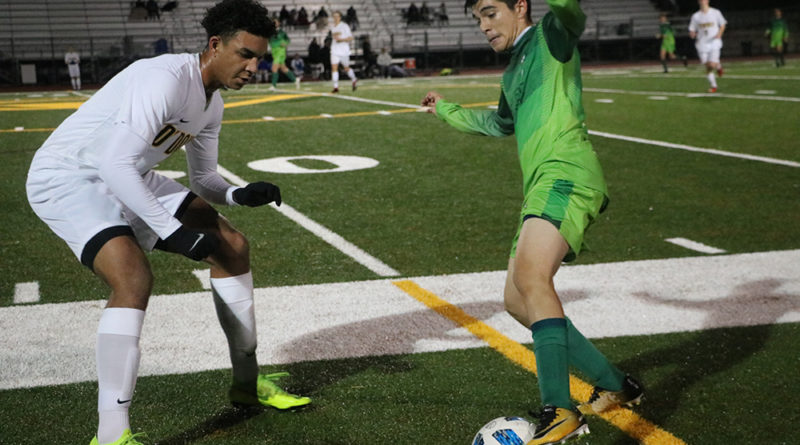 The Trojans boys varsity soccer team won their first game against Bishop O’Dowd for the first time in about eight years on Jan. 8.

The game stayed tied through halftime until CVHS got a penalty kick in the second half changing the score so that Trojans were ahead by one.

This caused the energy in the field to completely change and create a better environment. The penalty kick was made by senior Dimitri Vanich who plays the position of striker.

“It felt pretty good, it was also against my old high school because I’m a transfer student from O’Dowd so it felt good to beat my old friends,” said Vanich.

Later in the second half, another goal ended up being made by junior Kareem Elshobakey. After that there were no more goals made, meaning that Trojans had won their first win over the Dragons in many years.

”A big part of our win was just being able to move the ball around at our own pace and not trying to play their game and we played our game, our own style of play we played to the best of our ability, followed the coaches instructions and we came out with the win,” said senior Payton Morgan.

Although Trojans ended up with the win, there were many injuries that happened that could affect future games but the number one goal is to have no injuries or prevent as many as the team can. Such as a player getting hit in the face and few others previously hurt in other games. But they are very proud of their well-deserved win.

“Highlights of the game were the communication between players, the confidence of the players, the way they approached the game, the way they came onto the field with high confidence that was huge and of course getting on the board and making sure that we stayed on track countering every one of their attacks,”  said varsity boys soccer coach Dario Fabian.