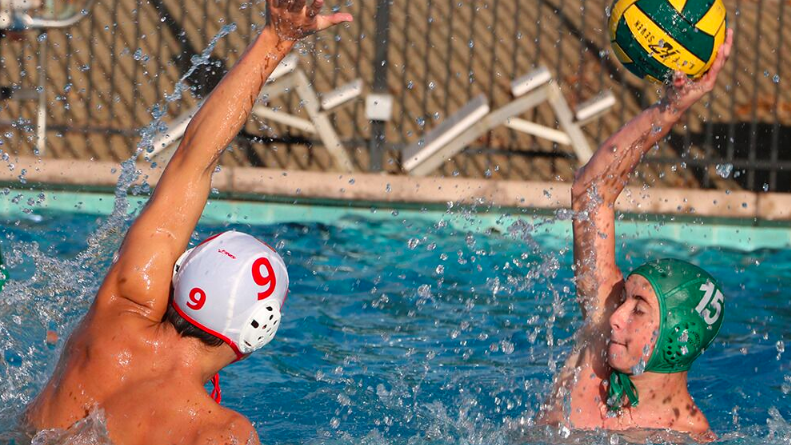 The Berkeley Yellow Jackets handed the CVHS Trojans a loss in varsity boys water polo on Oct. 2. Berkeley scored 21 goals, beating out the 13 by CVHS.

This loss, along with their subsequent victory over Newark, puts the Trojans’ record at 9 wins, 11 losses and places them sixth in the Western Alameda County Conference standings.

In the first quarter, the Yellow Jackets scored five goals, while the Trojans scored only four. CVHS players had some trouble playing defense on the Berkeley players, but managed to keep the score within range of rebound.

However, by the end of the second half, the score had slipped to 14-8 in favor of the Yellow Jackets after a series of nine Berkeley goals throughout the quarter.

This lead proved to be insurmountable for the Trojans, who scored five more points in the second half while Berkeley scored seven.

Junior Tommy Ryken from CVHS ended the game with four goals and one assist, and junior Dash McFarland from Berkeley ended with an impressive nine goals and three assists.

Some players from CVHS felt that the Trojans could have played better.

“We could have played better and we needed to be more physical with the other team and play better defense,” said Ryken about the game.

He thought the Trojans could prevail with a more aggressive playstyle on defense.

Other players believed that the school had not given them the resources to win.

“We could have done better although we don’t have the tools to do so because the school does not give water sports enough funding so we can practice in proper conditions,” said junior Sterling Daly.

The Trojans are not letting the loss hold them down, though. They are optimistic about their ability to improve and better their record over the remaining games in the season.

The CVHS water polo program is in only its second year of existence, and the team is hopeful that their skills and results will only get better.

One thought on “Berkeley defeats Trojans 21-13”