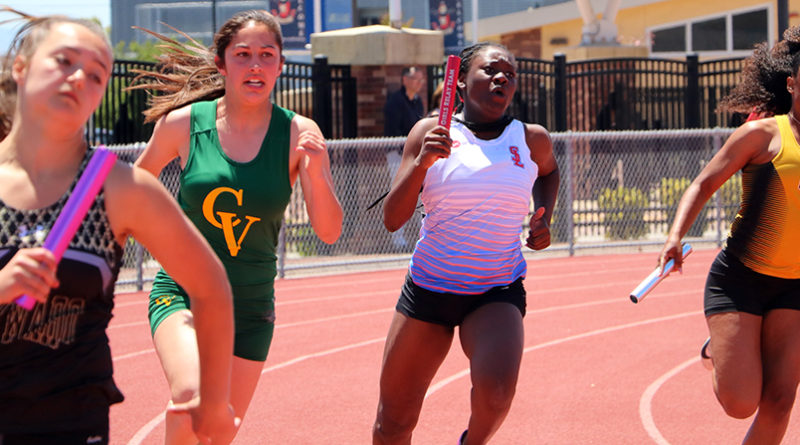 Trojan boys ran, jumped, threw and vaulted all the way to victory on May 12, winning the varsity track and field league meet and taking home their first championship since the 2014 season.

Despite only winning first place in one event, the boys were able to beat out Bishop O’Dowd with a score of 101.5. Austin Fields won the high jump and Trojans took second in the 1,600 meter race, shot put, and triple jump.

“Everyone competed well in every event and that was what got us to beat O’Dowd,” said distance coach Dino Cardiasmenos. “With the girls, we had really good marks but we still couldn’t overtake them.”

Many athletes competing at this meet were freshmen and sophomores who advanced to varsity after placing top three in their events.