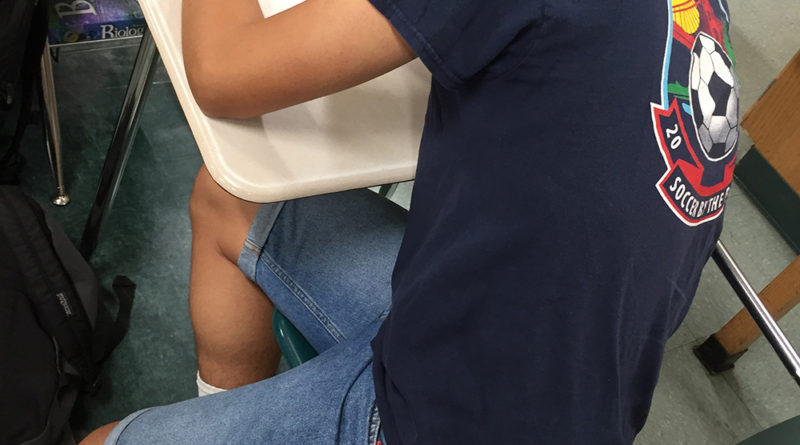 At least nine CVHS students have contracted whooping this year, according to district nurse Sandee Velasquez. In response, the school has sanitized many areas thought to be contaminated.

The first date the school identified an exposure was March 23. Whooping cough, or pertussis, is a highly contagious disease that infects the respiratory tract, which may result in a long lasting cough that may lead to death.

“The cough has been waking me up at 12 a.m. or 5 a.m.,” sophomore Katherine Ratinho said. “It screwed my whole family too.”

Pertussis can be prevented through vaccines such as DTap for children and Tdap for preteens and anyone older. Vaccines given at a young age, however, may wear off over time and some people could be unprotected.

“Pertussis cycles like this every three to five years. We’ll see peak seasons and we just happen to be in one of those seasons,” said Velasquez.

Special precautions should be taken for anyone in close contact with infants younger than 12 months or pregnant women in their third trimester. Doctors may prescribe antibiotics for those who are exposed or want to prevent themselves from being exposed.

“Our night crew last night sanitized all the affected classrooms, the cafeteria, the locker rooms and some of the shared areas. It’s a ground negative bacteria so we made sure that they used a specific disinfectant,” said Velasquez.

Some diseases have been spread through the school like a yawn in a classroom full of sleep deprived kids. One reason being the stressful classes students take that discourage them from missing a single day of school filled with important lessons and hours of homework.

In the long run, it is better to miss a couple days, see a doctor and rest instead of spending weeks being attacked by harrowing symptoms. Additionally, staying home helps isolate the disease that can contaminate other hard working students and staff.

“We’re all busy. We all have a million excuses but if they are coughing persistently, then they need to see a doctor,” Velasquez stated.