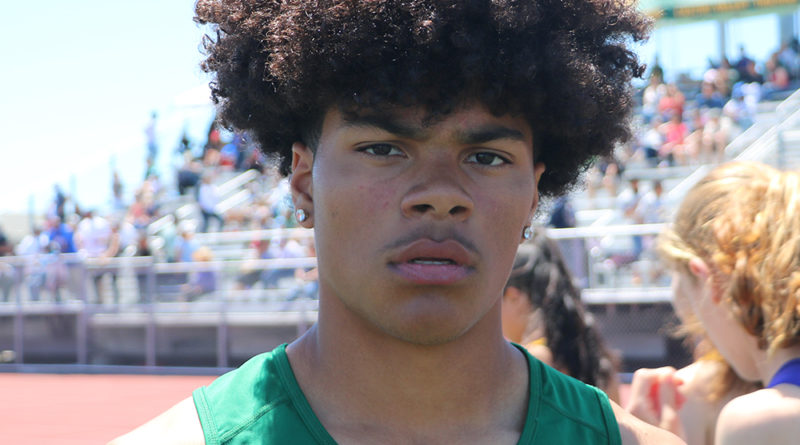 He sets his position on the ground, waiting for the gunshot… BANG! The gunshot fires and he sprints around the curve then quickly passes the baton. Caleb Davis is a sophomore at CVHS and he’s a vigilant track runner for the school. Davis is seen by his peers as a motivating student-athlete.

Davis initiated his track career through the motivation given by his father who also ran in high school and has continued through the support of his friends and family.

“The things that motivate me are my coaches and my hopes of going to college for sports like basketball or track,” said Davis.

He hopes to gain the opportunity of  competing in the Meet of Champions or the State Meet. His drive to succeed can be seen clearly through his accomplishments in track.

In Davis’ freshman year, he made it onto the varsity team and was able to improve enormously as a result. He was able able to climb the ladder up to North Coast Section  with his team. He holds a personal record of 5 feet 10 inches in the high jump, a solid 11.9 seconds in the 100-meter dash, and a 53.6 seconds for the 400-meter run.

Davis specializes in the high jump where he hopes to achieve 6 feet 6 inches and also participates in the 4-by-400-meter  relay. Davis is amazingly talented for his age and a flexible student athlete who will continue to grow and improve.