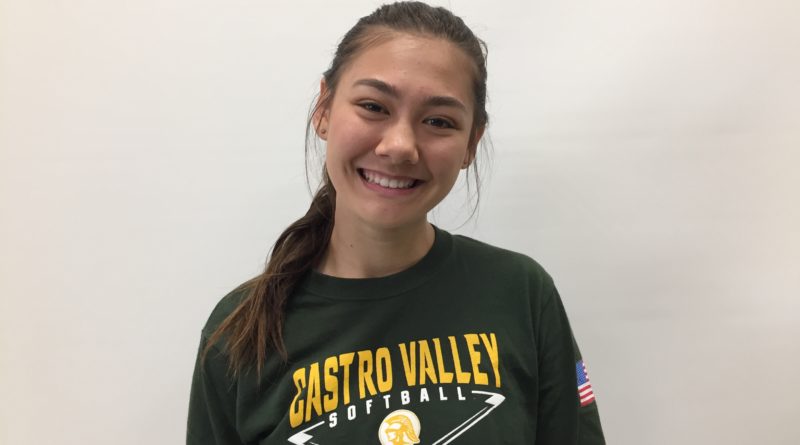 It all started wirh a simple baseball game. While watching it, Bailey Franzen knew that was the sport she wanted to play. After telling her mom about it, they decided to get her into softball. Rumor has it that a man listening to their conversation told her that one day she would be a great softball player, and he was absolutely right.

Franzen started her softball career in first grade. She was part of travel ball for eight years and competed at the regional and national level, which gave her the opportunity to go to places like Huntington Beach, Reno and San Diego.

“I’ve been playing with the same girls for a long time. I’ve met some of my best friends through the sport,” said Franzen when asked what she liked the most about softball.

She plays center field and made a diving catch last year. Some of the teams she has played for are Castro Valley, Livermore and San Lorenzo.

One of her most impressive accomplishments was making varsity during her freshman year, the only one in her grade. She hit a home run that year, and batted .381 last year.

“It’s a big commitment. It’s hard to manage everything at once and working your schedule work around practice can be challenging,” said Franzen.

Although she still has a year of high school ahead of her, Franzen doesn’t plan to play softball in college, and plans to major in graphic design. One of her most important goals is to make her parents proud, whether it is academically or through sports.