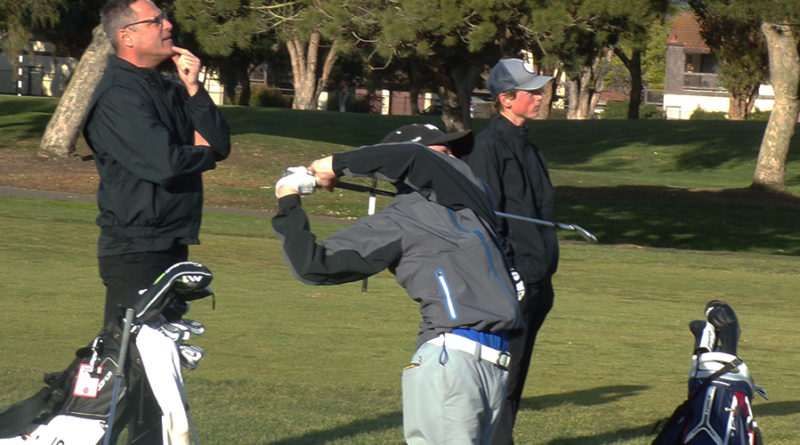 Against not just one but two tough opponents, the CVHS boys golf team came out victorious, by a large margin at that. The game was much anticipated as audiences gathered to watch the three-way match between rival schools.

The contest got off to a good start when the team took the lead early on with few well placed shots. Despite going ahead early in the game, the team kept its composure and stayed engaged and focused, not allowing Los Lomas to catch up despite numerous close calls.

The game lasted for a few hours and required extreme precision and continuous concentration. The game ended in an important victory for the Trojans as they scored 193, 13 strokes better than the best record last year. Los Lomas scored 208 for second place and College Park came in third with 258.

The best scorers of the game were Travis Miller, finishing with a match low 34, and Nicolo Delucchi, scoring a one-under score of 35. Also contributing to the final victory were Marcus Young, Anthony Bascom and Brandon Patterson who scored 41, 42 and 41 respectively.
“I think our team play was phenomenal. This is probably the best team from Castro Valley in a long time. We’re definitely going to the championship this year,” said senior Brandon Patterson. “One thing that I love about golf is that, when you’re out in the field, without your phone or any distractions, you feel at peace. It’s just you and the club out on the field, unplugged.