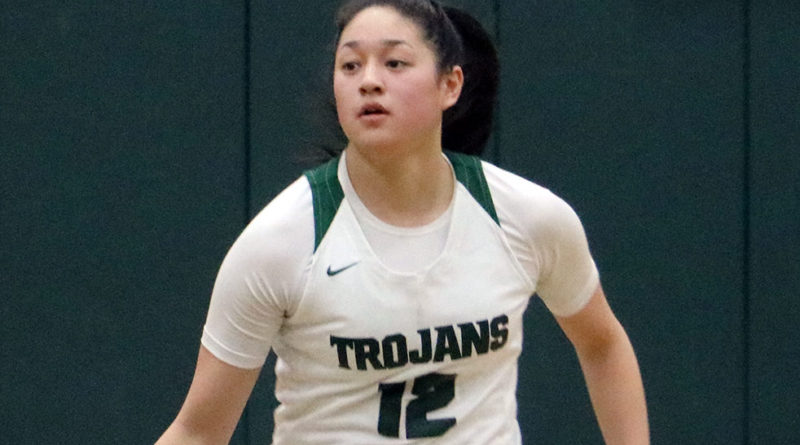 You might have heard of or even seen her on the basketball court making shot after shot: Vivian Woo. Woo has played the past three years for Castro Valley Girls Varsity basketball team as a shooting guard. As she is getting ready to commit to a college and move on to her new chapter as a baller, a much deserved respect goes out to Woo, as she has dedicated five years of her life to basketball.

“My dad, my best friends, and all the coaches have pushed me to improve, and get a step closer to my goal,” said Woo.

Her dedication to basketball for the past five years shows not only her passion and persistence for perfecting her skills, but also the true meaning of what it means to be a Trojan. As she gets ready to graduate this year and move on to college, she will still continue to play the game she loves.

“If you have a dream, don’t let anyone stop you from getting there. No matter how hard it gets don’t give up because one day you’ll look back and be glad you didn’t stop,” said Woo.