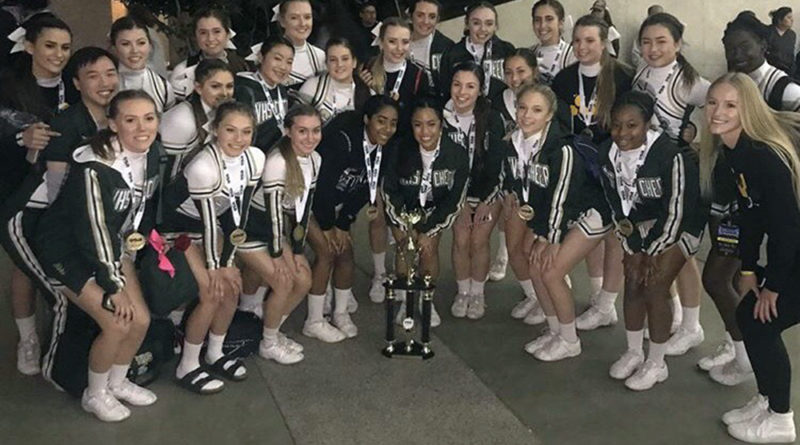 Getting to both enjoy the Disneyland Park and win a national title is not something you can do every weekend. On Feb. 24 and 25, the CVHS varsity cheer team headed to the USA cheer nationals in Anaheim, California.

In their co-ed category the girls competed against seven other teams. In the preliminaries, they placed second overall. The top three teams were scheduled to recompete for the national title that Sunday.

“It was a huge come-up from the past years and I was really proud of my team for making it to the finalist round,” said team member Kayla Jordan.

Every stunt group believed they gave it their all, and the excitement of the showcase made it different than any other year. However, the team took a turn and placed third in the finals. Still, CVHS has an official national cheer championship trophy.

“I love my stunt group. I feel like people really doubted our abilities all season because we had a freshman flyer. As a team and a stunt group, we ended up working so hard and I think what matters most is the great chemistry and friendship we carry,” said senior Naama Baraket.