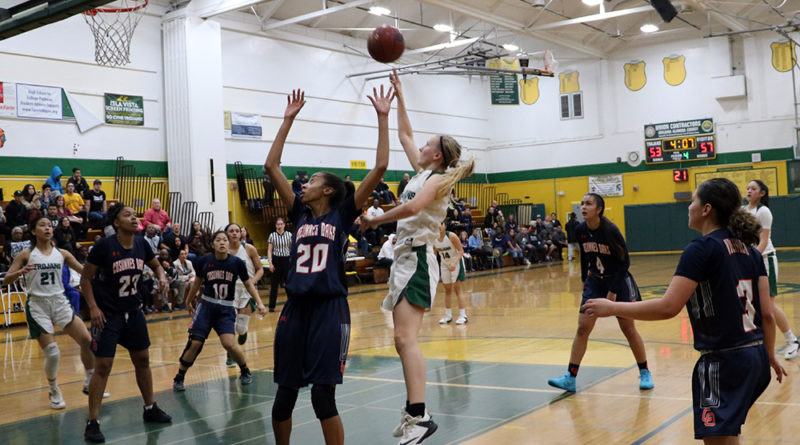 With great excitment and a lot of preasure on the players, the girls basketball team lost its first game for the state championship against Cosumnes Oak High School on March 7.

The Trojans fought valiantly against the Wolfpack. Unfortunately, CVHS was already down by one point during the first quarter and ended the first half with a score of 37-26. Consumnes Oak kept the lead during the second half and ended the game 70-58.

In spite of the rough game, the players performed amazingly. Seniors Bailey Jones and Bianca Greer were the team’s MVPs, scoring 19 and 15 points, respectively, Vivian Woo and Sydney Burnama scored five points each.

“It was heartbreaking to play my last game of high school basketball, but I was glad that we got to do it in our own house. I learned that a loss or a win doesn’t define a team, the work that got them there does,” said Greer.

As the last seconds on the clock counted down, CVHS wrestled for their win and dashed through the court. However, the Wolfpack managed to steal the ball several times during the game.

When the buzzer sounded, the Wolfpack celebrated while the Trojans shared hugs with tears rolling down their faces. It was definitely a game for the books, and an emotional one for all the senior players since it was their last high school game, and for some of them, their last basketball game ever.

Regardless of the score, the girls gave quite a season to their fans. With 23 wins and six loses, the Trojans say goodbye to basketball season.