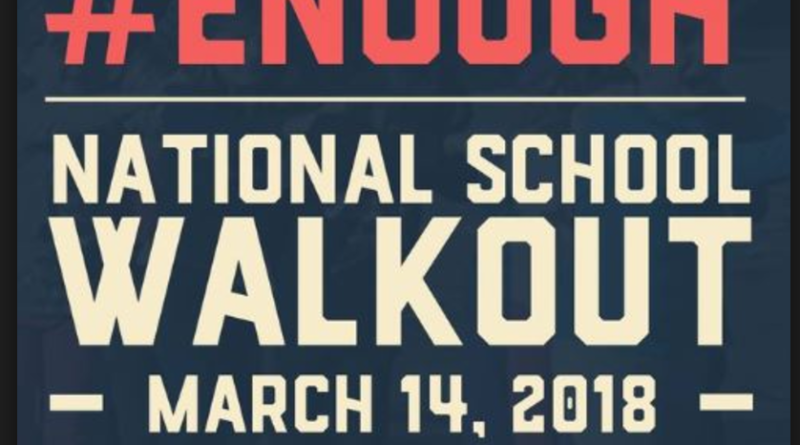 In response to the Parkland shooting, the Muslim Student Association (MSA), World Citizens Club, and the Black Student Union (BSU), are planning a school wide walkout for Wednesday, March 14.

Thousands of students and staff from high schools across the country are planning to walk out of class in support of stricter gun control laws. The walkouts will last 17 minutes in honor of the 17 students who died in the shooting.

At CVHS, students will protest in the quad from the start of break through the first minute or two of fourth/ fifth period. Club officers of MSA, BSU, and World Citizens planned the walkout to coincide with break in order to minimize class disruption, as well as to ensure the protesters would have an audience.

Principal Blaine Torpey addressed potential disruption to the school day in an email to families, where he made it clear that students who are late to class because of the protest will receive an unexcused tardy.

“My initial expectation is that students will go to class when the bell rings,” said Torpey.

But while Torpey stressed he cannot legally allow students to miss class, the principal has made attempts to demonstrate his support for students’ right to assembly and free speech.

“I think it is important for all adults to support young people in fashioning the world that they want to live in,” said Torpey.

On Tuesday, Feb. 27 around 60 students and staff attended a lunchtime meeting held by BSU, MSA, and World Citizens Club to discuss gun control. Both gun control and gun rights advocates filled the desks, sat on the floor, and crammed into the doorway.

After discussing the pros and cons of arming teachers and restricting access to certain firearms, sophomore Addie Bukhari, president of MSA, explained the plans for the walkout and added her thoughts on the subject.

“You never when the next school shooting might happen,” said Bukhari.

The 17-minute protest will include a moment of silence (in memory of the Parkland students), speeches, and chants. MSA, BSU, and World Citizens Club are encouraging students to attend a poster making meeting during lunch in room 306 on Tuesday, March 13, the day before the walkout.