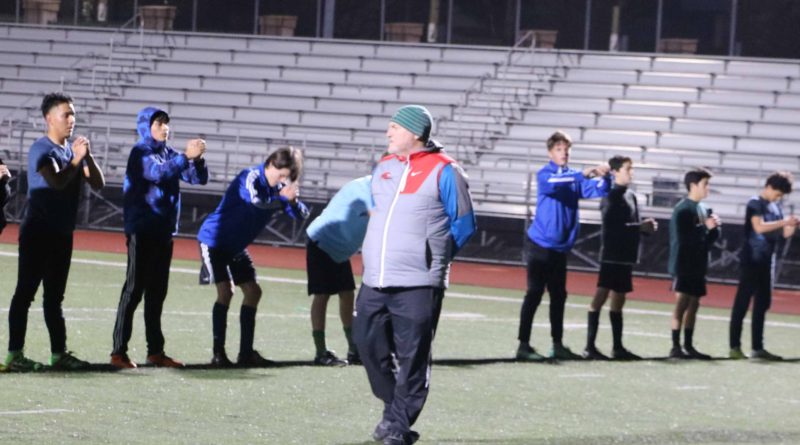 How would you like to be coached by someone who used to play professionally in Ireland? The boys varsity soccer team gets to have this amazing opportunity.

Rory O’Connor played right, back, and center midfield for Limerick and New Castle in Ireland. He also played and coached college soccer in Europe.

O’Connor previously coached at Piedmont High School and led its team to the playoffs all four years that he coached.

In addition to coaching at CVHS, O’ Connor currently coaches at Las Positas Community College. O’Connor came to Castro Valley because of family, and for Castro Valley’s community.

He believes that this year’s team is hard-working and responds well to his coaching.

“Right now we’re starting in a good place,” he said. “I would like to praise the kids.”

This season, O’Connor wants to focus on really understanding the game and working more on the mental aspect of the game. The players like and respond well to his coaching approach.

“I think he is a great coach,”said junior Carter Stanbaugh.

O’Connor has all their games filmed so they can watch them over and work on things that need improvement in practice.

“I think he is very good technically. He’s very good at getting us together as a team,” Stanbaugh said.

O’Connor works closely with the new junior varsity coach, Oscar Mendizobal, making both teams feel like one big family. They are trying new formations this year and they seem to be working out well.