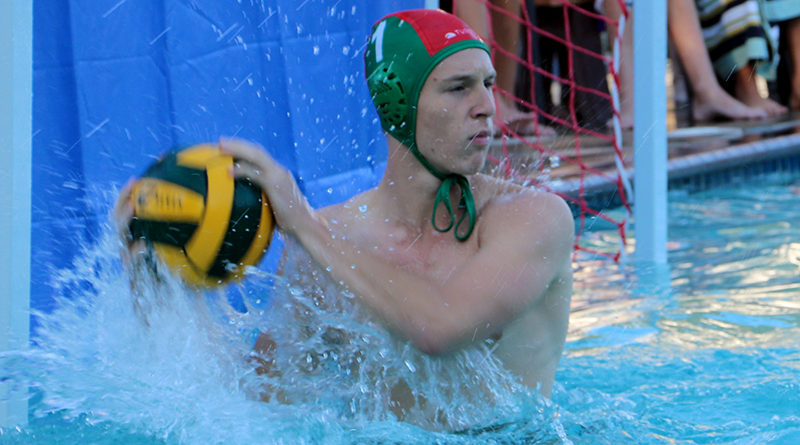 Although Elliot Breitinger just learned how to play water polo, he became the goalkeeper, which is the most important and most stressful position, for the CVHS team.

It is the first year for our water polo team, so most of its players, like Breitinger, didn’t even know the rules of the game. But that didn’t stop Breitinger from joining the team.

“It is the first year of our school water polo team, and as a senior, I want to take advantage of that,” he said.

Breitinger tried his best in every match he had. He blocked many shots from the opponents, and they almost won a game. “I feel really proud of that,” Breitinger said.

Breitinger is also a good baseball and volleyball player. Both are fast ball sports, so before he joined the water polo team, he thought it was going to be an easy sport for him.

“Water polo is a great experience. I didn’t expect it to be that difficult, but after the first practice, I knew that it was the hardest sport I had ever played,” Breitinger said.

Even though he had played several sports before, water polo was very different. The hardest part for him is that while playing, he has to tread water to keep his upper body out of the water the whole game. And when the opponent comes, he has to react fast enough, and predict from which way the ball will come in order to block it.

Water polo is absolutely not an easy sport, especially for the goalkeeper.

Breitinger worked hard, and did a really great job in all the games. He wants to encourage more students to join the water polo team. “I want to set an example for others, so that younger kids can join, and build the program,” he said.