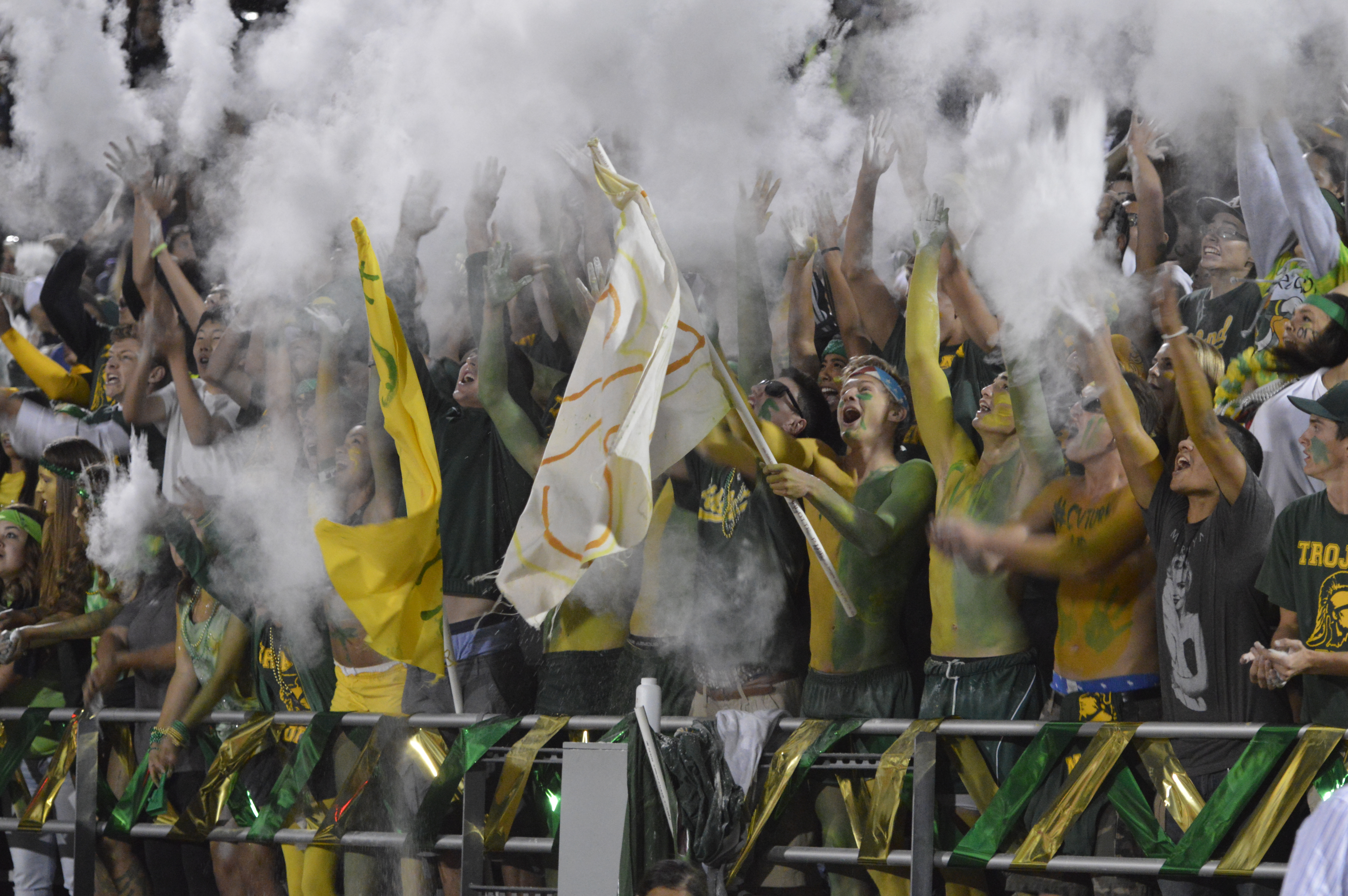 The highly anticipated CVHS homecoming varsity football game was a success for the green and gold on Oct. 11. Encinal High and CVHS played in front of over 1,000 spectators and delivered what all Trojans wanted: a victory by the score of 38-­13, to top off the fun-filled and joyful homecoming week.

It was a cold night but nothing cool off the scorching Trojan offense. The lights shone down onto the players with the cheers of the crowd, and the Trojan den erupted in a cloud of baby powder with each touchdown.

In the first quarter, the Trojans scored a touchdown with only three minutes of playing. Running back Namane Modise made a 65-yard rush to score as he juked the Jets’ defense getting the offense started. After the touchdown, Josh Guzman kicked the ball in for the extra point. Later, in the second quarter, quarterback Kevin Galvan was throwing out passes all night making a pass to Angelo Salazar for another touchdown. There was a 60-yard pass to Modise that was a few yards shy of the end zone making the crowd cheer and chant in excitement.

After that, Modise scored making it 21-­0 with Castro Valley in the lead. The highlight of the night was Modise moni scored a 95 yard touchdown all the way from the five yard mark as he avoided the Jets defense, extending the lead 28-­0 by the end of the second quarter.

The Trojans kicked off to start the third, Encinal fumbled the ball and Cole Sanders recovered the ball for CVHS, a costly mistake by the Jets. The big blow this quarter was the 47-yard field goal by Guzman making the lead 31-­0 but the Jets weren’t going to be silent all night long, they scored a touchdown to make it 31-­7.

During the fourth quarter, everyone was excited with the Trojans’ lead in winning the homecoming game. The half time was filled with excitement over the cheerleaders’ performance and of course the fireworks which illuminated the skies. After the game Modise and Galvan shared their thoughts about the game.

When asked what was going on during the 95-yard rush, Modise said,  “I just heard coach and did as he said, he was telling me to clear the lane and stay under control.”

“We won today because everyone executed correctly at the right time and our offense did everything right,” stated Modise.

“It’s a big confidence booster and it will get us more relaxed for upcoming games and we also gained a lot of experience,” said Galvan about what the team would take from the win.