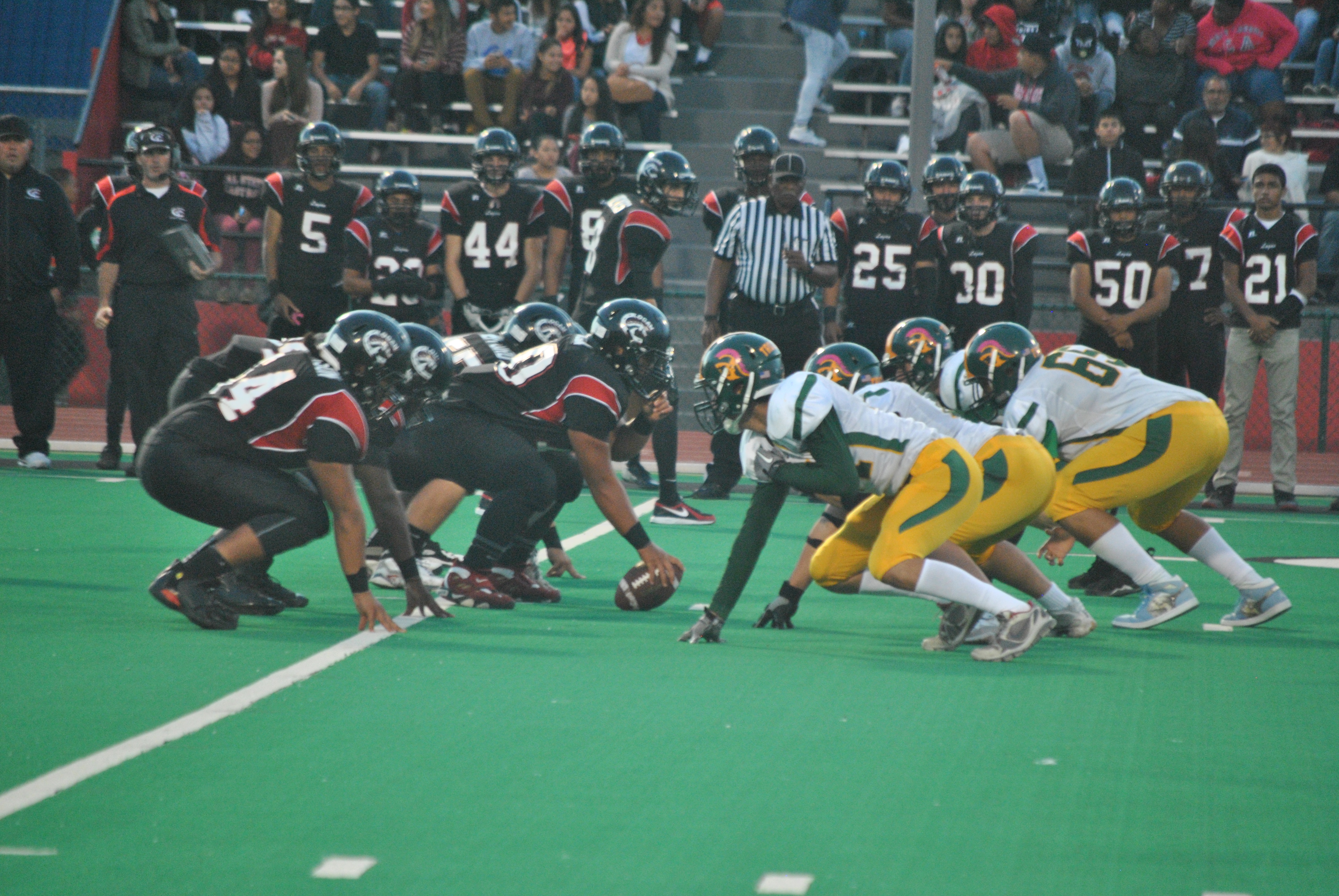 “Touchdown!!!” was all you could hear on the home side of the stadium at James Logan High on Sept. 26 during the varsity football game. It was a heart-wrenching evening for the Trojan crowd, with the Colts winning  47-0.

“We’re making a lot of simple mistakes in the most critical of times and those mistakes turn into big plays for the other team,” Trojans running back Raekwon Criss said. “This is on offense and defense, not one specific group.”

The Trojans ran into the game with much hope that was quickly crushed by the unrelenting stampede that was the Colts. The first quarter wasn’t even halfway done when the home team scored a 61-yard touchdown. The Trojans did the best they could possibly do under the circumstances, continually giving the ball to Namane Modise, who ran for 113 yards on 13 carries in a single game.

“We needed more intensity from the beginning of the game until the end, and we have to score and not turn the ball over when in the red zone,” said Castro Valley running back Kevin Galvan.

James Logan had a 26-0 lead by halftime and continued to take advantage of the five disastrous turnovers from the Trojans. This game has left Castro Valley with a standing of one win and four losses in this season so far.

The Trojans hope to rebound against Encinal in this week’s Homecoming game.