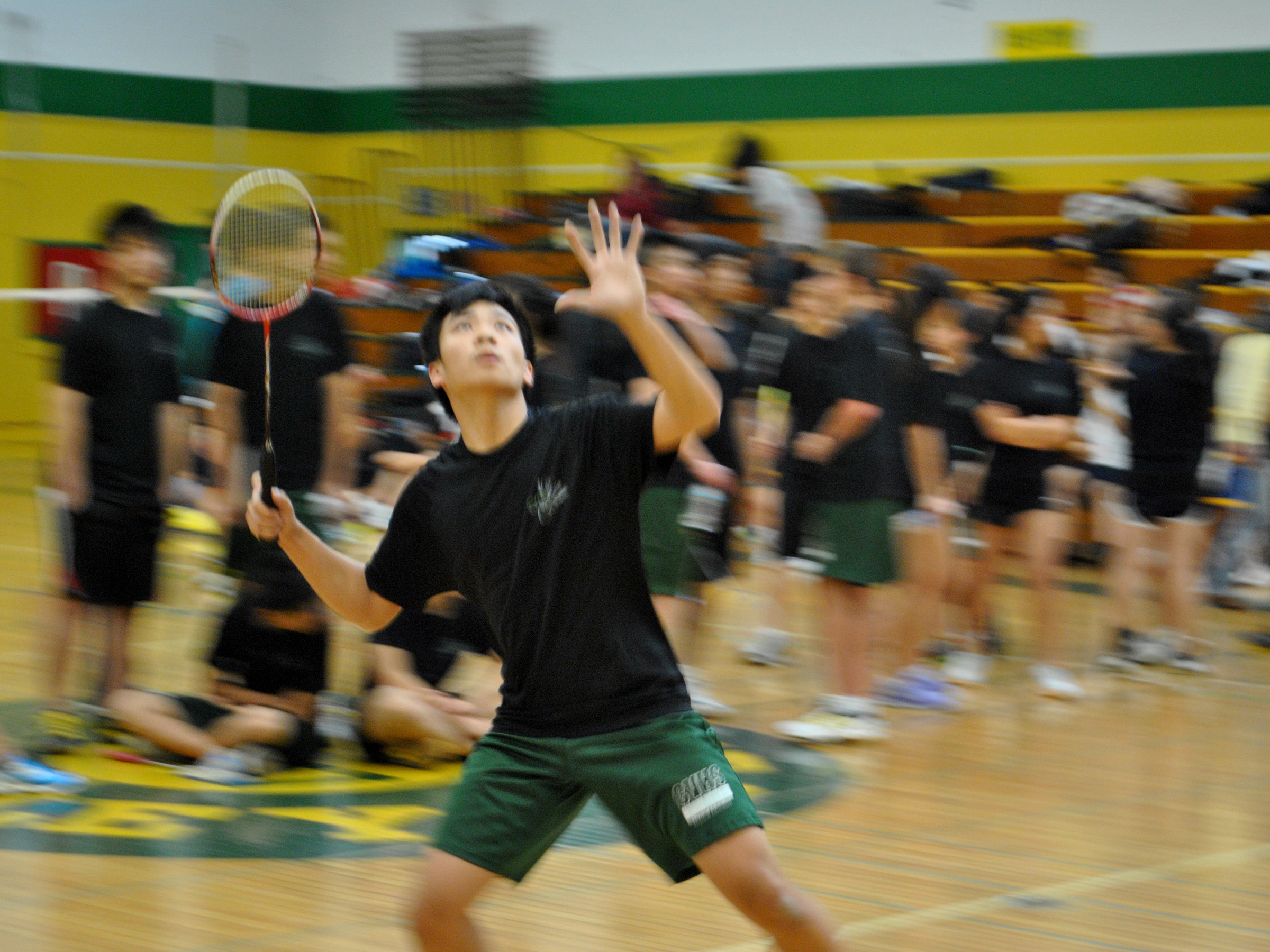 The CVHS badminton team beats the Encinal Jets 12-3 in the Trojans’ second competition of their season.  Spirits were high during the game, as teammates cheered loudly for each other from the sidelines.  Cameras snapped at different angles, and spectators from school came together to support the players.

“ We’re a great team, and our teamwork has brought us to victory,” said junior Andrew Fox, who plays varsity doubles for the team.

The Trojans led early on, winning most of the first couple matches.  So far this season, CVHS has been undefeated and aspires to continue a good year.

“This team has improved significantly from last year, and from the beginning of season this year.  They continue to improve themselves, and I hope to see more of the players make NCS this season,” remarked head coach Eva Lai.

The Trojans have a promising season ahead, but they won’t forget that success comes with hard work and moral strength.  The varsity two mixed doubles pair, senior Max Liu and junior Connie Mac, represented the team’s encouraging mentality.

“ We support our team no matter what.  We play for the fun, not just to win,” said Liu.