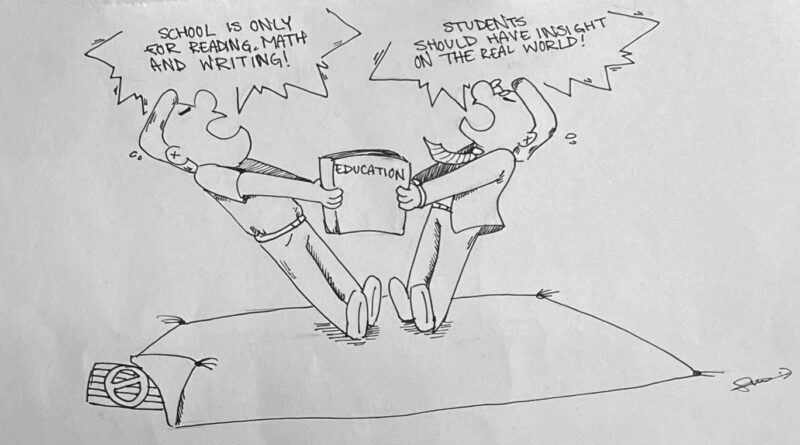 Parental rights in education law enactments have been the focal point of recent anti-LGBTQ+ campaigns, however they are not something new to the political stage in the U.S. Since 1995, these bills have been introduced in 25 states. In 2005, the Ninth Circuit Court struck a parental rights in education bill down on the grounds that “parents are possessed of no constitutional right to prevent the public schools from providing information on the subject [of sexuality] to their students in any forum or manner they select.”

However, parents around the country are still trying to control the narratives within their children’s education today. Six states have enacted laws allowing parents to sue schools for discussing LGBTQ+ people and experiences, there was a Senate bill introduced earlier this year aiming to cut federal funding for any K-8 schools that allow students to express themselves at school without parental consent, and there is even a resolution in the House of Representatives which aims to add a parental rights amendment to the Constitution.

The Olympian believes that school is supposed to prepare students for the real world, not hide the truth. We believe the initiatives for parental rights in education contradict the vital role that school plays in finding who you are.

We think that these initiatives aim to silence LGBTQ+ teachers and experiences. While a main argument for parental rights in education is that “schools exist to educate children – not indoctrinate them” taking away from fundamentals of education like math, reading, and writing, exposing students to the reality that there are LGBTQ+ people in the world is not indoctrination, just preparing students for the real world and encouraging them to know it is okay and normal to be a part of the LGBTQ+ community. LGBTQ+ teachers should not be forced to censor themselves differently or more than cis het teachers.

As the Trevor Project has studied, LGBTQ+ youth are at an above average risk for mental health issues and suicide–not because of their identities but because of the stigmatization of the topic. The parental rights in education are sure to increase this risk, as Trevor Project’s Amir Paley stated, “when lawmakers treat LGBTQ+ topics as taboo… it only adds to the existing stigma and discrimination, which puts LGBTQ+ young people at greater risk for bullying, depression, and suicide.”

The problem is, however, that this could also go the other way. The parental rights in education bills being implemented aim to back up parents attacking LGBTQ+ and race topics, but if parents are not empowered to step in when teachers are going against their beliefs, then homophobic and racist teachers could be enabled to continue hurting children.

Parental Rights in Education are attempting to erase LGBTQ+ people in education. LGBTQ+ people exist. Not talking about experiences, identities, and lives of LGBTQ+ people doesn’t change this.

One thought on “Parental rights in education harms students”