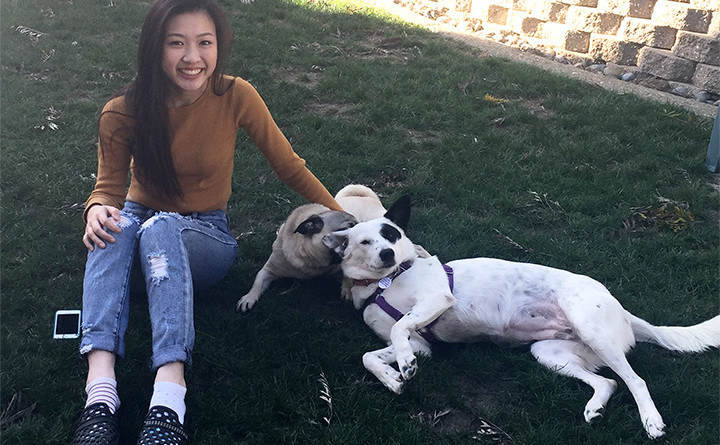 Yennie Wong is a junior at CVHS who, in her free time, selflessly looks after foster dogs until they get adopted.

“I just thought it would be kind of fun to take care of dogs, and it’s a nice feeling when they get adopted,” said Wong.

“They tell me which dogs need to be fostered and they fly the dogs here from China, and when they come I pick them up and just take care of them like they’re my own dog,” explained Wong.

She has been fostering dogs since last summer, and so far she claims that it is a rewarding, but tiring experience.

Wong has a dog of her own, and has had the pug for many years.  This is where she has most of her experience with dogs, but it has also lead to an issue.

“Sometimes it’s difficult because the foster dog doesn’t get along with my own dog,” she claimed.

Another problem is the unpredictability and lack of training of the dogs that she receives, and having to care for them.

“I’m probably going to take a break after a few months,” said Wong, “because after a while it gets kind of stressful, because some dogs aren’t potty trained or they don’t get along with my dog.”

Though caring for multiple, often untrained dogs at the same time may be strenuous, she believes that it is worth the great feeling that comes along with it.

Wong intends to continue working with animals and caring for them in the future.  “I actually want to be a vet when I grow up, or something that involves biology and animals,” said Wong.

Wong also has her eye out for schools such as UC Davis and UCLA for her future learning.