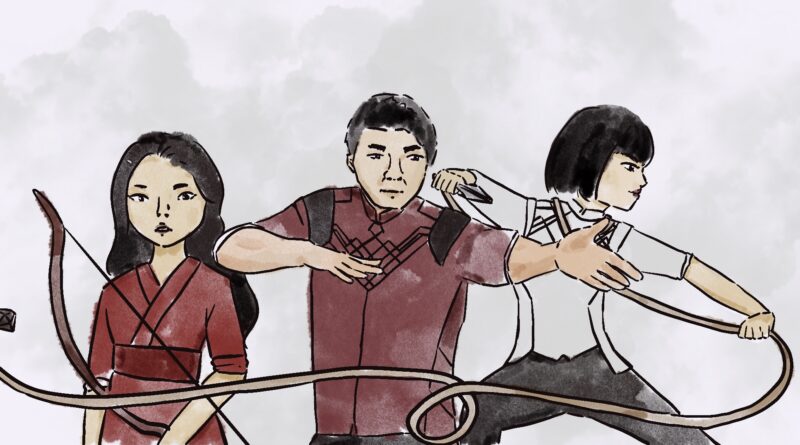 “Shang-Chi and the Legend of the Ten Rings,” starring Simu Liu, became the first Asian-led movie in the Marvel Cinematic Universe. During its record breaking Labor Day weekend release, I went to watch it and found myself immersed in a story full of descriptive storytelling, loveable characters, and beautiful culture.

Many of the scenes in the movie were spoken in entirely Mandarin Chinese which accurately depicts what would be going on: characters talking to each other in their own language. Instead of scripting the entire movie in English, these scenes created a sense of authenticity in the work as a whole.

Some may not know actress and actor Fala Chen and Tony Leung who play as Shang-Chi’s parents, but they are iconic to fans of Hong Kong dramas. Before seeing the movie, I showed the cast to my mom and she was excited to see people she recognized. I believe that it was a great decision to cast them in the movie, because Asian Americans who have grown up watching Hong Kong dramas as one of the only sources of Asian entertainment can now see their childhood represented in American theaters.

One of my favorite aspects of the movie was the intense martial arts sequences. The movie was able to capture the precision and beauty of the art very well. “Shang-Chi” deals with many hard hitting themes: the importance of family, the heartache of losing a loved one, and the struggle to aim for a purpose in life. I thought that this movie was able to balance the thrilling action sequences with emotional depth wonderfully.

“Shang-Chi” is another step in the right direction for Asians in movies. The way Asians have been portrayed in media such as movies and comics have often been offensive. The relationship between Asian Americans and Hollywood is tense and many have lost trust in Hollywood.

The list of transgressions goes on and on: lack of representation, inaccurate representation, yellowface, and portrayal of stereotypes, Emma Stone being cast as a character of Hawaiian and Chinese heritage in “Aloha,” and Scarlett Johanson in “Ghost in the Shell.” Many times, Asian Americans have been let down by their representation in the media. In the comics, Fu Manchu, Shang-Chi’s father, is illustrated heavily with offensive and caricatured features. In comparison, the movie aims to destroy all these images and tear down the stereotypes that plague Asians in Hollywood.

This movie has the ability to change the Hollywood perspective on Asians while also affirming to Asian Americans that they are more than what has been shown. “Shang-Chi” gives me hope that there will continue to be not only successful, but also accurate films in the future starring Asians.