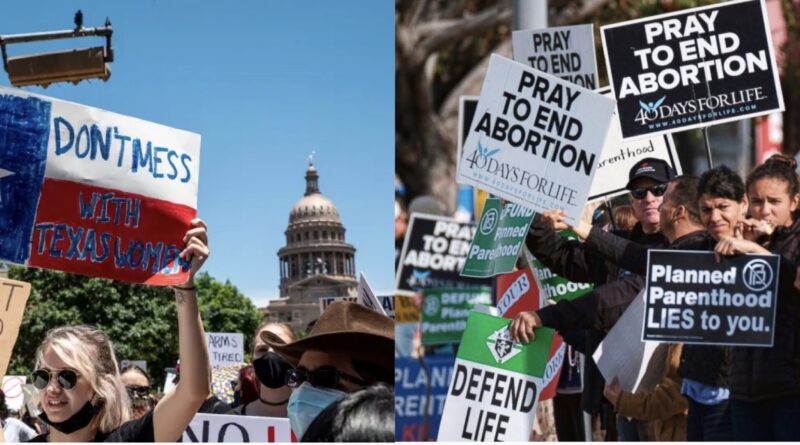 Texas now passed the strictest abortion ban in the country only allowing the procedure before the six week mark. This is before most women even know they’re pregnant.

“The law prevents women from receiving safe abortions and it will just create more unsafe abortions instead of stopping them,” senior Katherine Le stated.

Texas also allows private citizens to sue anyone who has had an abortion or helped women get one; they can gain $10,000. This ban includes no exceptions for cases of rape or incest, but has exceptions for medical emergencies though those are not defined in the law.

“Our creator endowed us with the right to life and yet millions of children lose their right to life every year because of abortion. In Texas, we work to save those lives. And that’s exactly what the Texas Legislature did this session,” said Texas Gov. Greg Abbott.

Texas has no required sex education in school and also has one of the highest rates of teen birth in the nation, according to the Center for Disease Control.

Many women believe that banning abortions will not stop the practice only make it less accesible and more dangerous and thus will lead to more abortion related deaths.

“I disagree with the law because it’s targeting women’s reproductive rights and if they limit that they should limit mens too,” biology teacher Emily Ledford stated.

Though this bill targets women’s reproductive rights, it was a majority of men who decided on passing the law. Abbott made many comments on the bill that some believe show his lack of knowledge of the female reproductive system.

When asked about how the law forces forces women who become pregnant from rape to give birth, Abbott said “It doesn’t require that at all, because obviously it provides at least six weeks for a person to be able to get an abortion.”

This six-week countdown, though, begins from the day of the last period not the expected period that would be missed, making it reality that at most a woman may only have a week or two to get an abortion once learning that she’s pregnant.

“I don’t think that men should be making decisions about what women do with their bodies,” senior Lajla Didic stated.