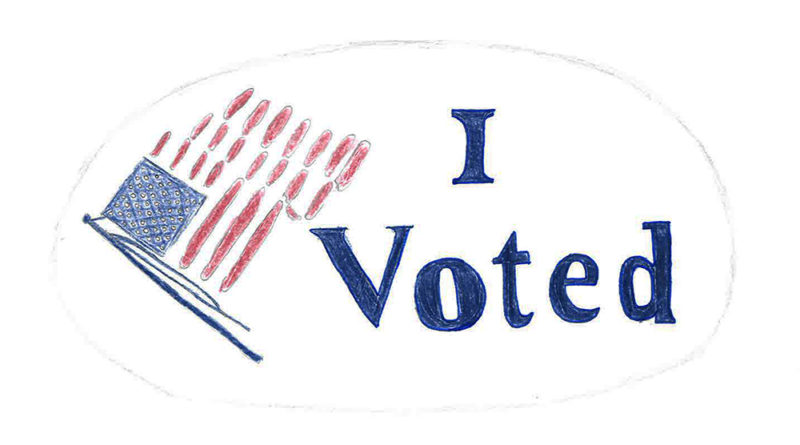 The first time I started to learn about and become exposed to politics was when I was in 8th grade, during the 2016 election. My history class was discussing it, and I remember many people, including me, thinking that Donald Trump would never win. He may have had a few supporters in the class, but most of us didn’t really know what to think. I remember someone suggesting that people would vote for Trump as a joke, and then he would actually win.

I don’t think my class thought that would happen, but now Trump is the president of the United States. I’m not saying that he only won as a joke, but personally, I don’t support Trump. I don’t think that he is the best person to be in control of our country, especially now that he is the third president in history to be impeached.

I’m neither a Democrat nor a Republican, so I can’t really choose a for sure side in this upcoming election, and unfortunately, I will be a few months too young to vote. Even if I’m not voting, I can still make an impact and encourage other people to vote.

I think that if people can vote, then they should. Democracy gives power to the people, and the people’s power is their votes. Why wouldn’t you use your power? People should vote in the elections so that the country as a whole is making decisions, not just the officials in charge. It allows the people to be more aware of what is going on around them, and that’s always helpful, no matter what situation you are in, especially when dealing with politics.

Even if you can’t vote like me, there’s still a lot of ways you can share your opinions and persuade others to vote. Lots of people, especially teens, are active on social media platforms including, but not limited to, Instagram, Twitter and Snapchat. You can post about upcoming elections as a reminder for people to register and vote. A definite way to make an impact is to volunteer for a campaign. This involves simple tasks like texting and making phone calls to voters, going door-to-door spreading the campaign’s ideas and information, and writing about or for the campaign. However you choose to help, it will make an impact, even if it is small. Doing something is always better than doing nothing.