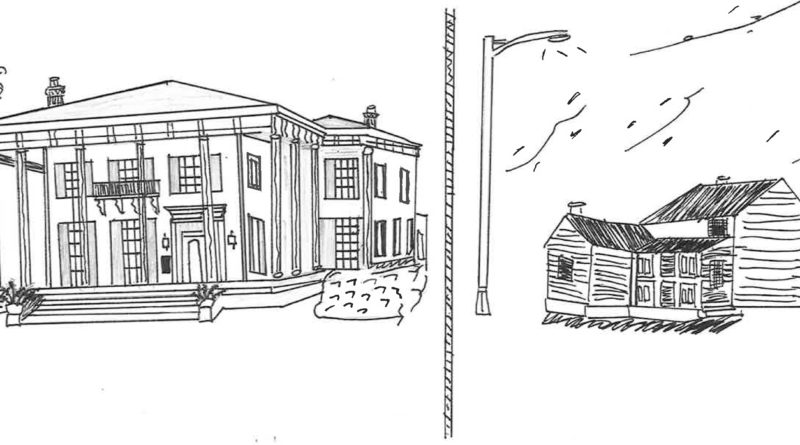 Unfortunately, the unequal balance of the rich and the poor continue to exist due to several reasons, one mainly being that the rich do not really want to associate with the poor once they become rich. People who are able to escape a system of poverty should invest back into their communities to help solve the problems plaguing the country to possibly engender some change into the people and the environment.

Often times, people who come from poorer communities possess the tendency to leave their communities behind and move to safer, more developed areas.

For example, the whole concept of the “American dream” has been planted in the minds of many citizens living in developing and developed countries, of course America would certainly have “better opportunities” and “better education for my children.”

The problem is that most hardworking and academically strong people from each country have the ultimate dream to leave their poor countries in hopes of a better quality life in highly developed nations. Well, what about their native countries? Who is going to help them? Entrepreneurs often move from developing nations to sell their products, which helps the American economy, but it does not improve the conditions from which they came from and bolsters America’s economy while not really paying attention to the harm it does to their own country.

The only way to resolve this problem is to instill another idea in the young minds from poorer nations: it’s okay to go to migrate to other places to earn money and become successful, but it’s important to return and help the community where one came from.

As the newer generations continue to flourish and develop life goals and dreams, it is important to encourage them to find ways to help their own communities, rather than dream to migrate to another highly developed nation.

As I was discussing this idea, someone confronted me with another idea: it should be an individual choice whether or not they want to go back and help their community. Yes, it is an individual’s choice, but this is just an idea to incite a sense of compassion and moral responsibility in the minds of many successful people who come from poverty-stricken communities.