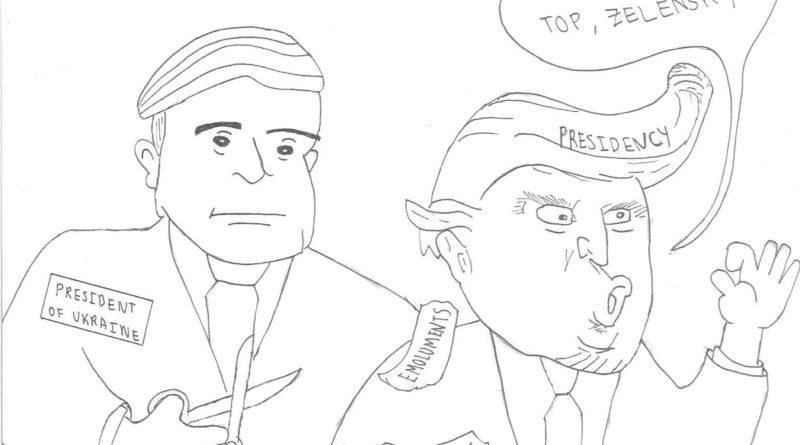 Hearings for the impeachment of President Donald Trump have recently began. Members of the House of Representatives are investigating whether he abused his power to force Ukraine to investigate Democratic presidential candidate Joe Biden. The Olympian staff is divided on the question of whether or not Congress should impeach Trump, but we have suggestions for how Trump and CVHS students can respond to the situation.

On one side of this argument, the US should not impeach Trump because Vice President Mike Pence has considerably worse policies than Trump. Because of this, the impeachment would be pointless, as an equally problematic president would be put in office. Since the 2020 election is coming up, the government should let the people decide.

Impeachment might also be doing the opposite of what its proponents want. The Olympian believes that the news coverage on the impeachment brings more attention to Trump and could possibly win him more votes in the upcoming election.

If the House of Representatives decides to impeach Trump, the hearing will move to the Senate; However, the Senate is dominated by Republicans. The chances of the Senate removing a member of their party is unlikely. Because of this potential result, The Olympian points out there are much larger issues that should be focused on.

On the other hand, there are strong reasons to impeach our president. First, there is a lot of evidence that proves that Trump did withhold aid and pressure Ukraine to hurt Biden and help Trump in the 2020 election. As a country, we should not let people in office be above the law. It is irresponsible for our government to keep him in office for so long. The United States is supposed to be a beacon of excellence to other countries, so we should lead by example. If Trump committed a crimes, he should have to face the consequences.

Trump should resign. That would end the entire impeachment process and let the country move on. But since he won’t, the voters should remove him in 2020. Students can help make that happen by registering to vote, spreading awareness, and staying educated on current events.