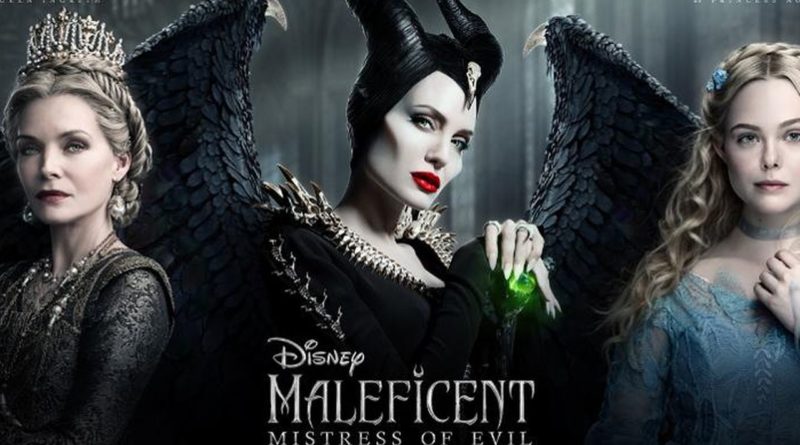 Maleficent bursts out of the window after a tense showdown between her and Queen Ingrid of Ulstead. As she flies away with her powerful wings and right hand man, Diaval, she is shot by Gerda, the queen’s servant. The iron bullet pierces Maleficent’s side, for iron burns fairies. Wounded Maleficent falls into the rushing waterfall and sinks deep into the river below. Diaval turns back into a human without Maleficent’s magic keeping him a raven. A mysterious winged figure plunges into the water, grabs Maleficent, and flies away with her.

“Maleficent the Mistress of Evil” came out into theaters on Oct. 18. The movie is a sequel to “Maleficent,” which told the story of Maleficent and Princess Aurora. The sequel follows several plot lines including a wedding, a war, and the idea of family and love.

The movie itself was entertaining and engaging with a story that captivates the audience. However, the many story lines that were shoved into the two hour movie were too ambitious and chaotic. The plots were not hard to follow along with, but for younger audience, the many plots may be hard to keep track of. I believe that the movie tried to do so much in one movie that all the plot lines fell short.

I was thoroughly surprised by how much I actually enjoyed the movie. I had gone into the theater not very excited about it. I did not see the need for a sequel to “Maleficent,” because the first one had done such a good job at wrapping up loose ends. Disney had also replaced the actor who played Prince Philip in the first film with another guy. While watching the movie, I was amazed at how intrigued I was. I was actually very interested and focused during most of the movie.

Unfortunately, towards the end of the movie, I began to be distracted and actually felt like face-palming myself multiple times. It became a mix of “Avengers: Infinity War” and “Tangled.” The Dark Fey disintegrated into black ashes when they were hit with the bombs that were meant to kill all magical fairy life, similar to how the heros from “Avengers: Infinity War” dusted away. When this happened to Maleficent, I was definitely confused as to how they could kill off the title character of the movie. It took all my strength to not bury my face in my hands as Princess Aurora began to cry, her tears splashing golden on the ashes, reviving Maleficent, just like how Rapunzul’s tears brought Flynn Ryder back to life. I was shocked that Disney would use two concepts from two of its other beloved movies.

Despite my not-so-fond and highly critical review, I still recommend seeing the movie. It has received mixed reviews from critics and audience members, so although I was not the biggest fan of the movie, someone else might be. “Maleficent the Mistress of Evil” may not have been needed and was far from perfect, but it still was an entertaining movie with beautiful visuals.