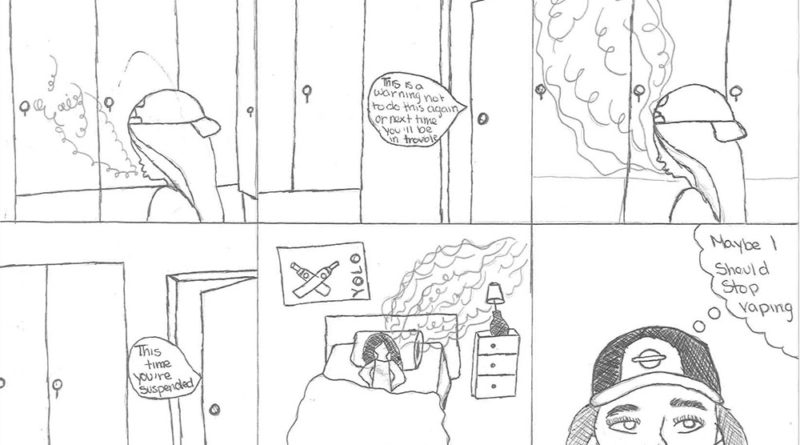 The vaping epidemic among teenagers is a growing problem. In 2017, the percent of high school seniors vaping grew from 20.6 percent to 25.7 percent. Among sophomores, it grew from 19.3 percent to 24.7 percent. For CVHS, vaping has been a huge problem in bathrooms and parking lots. This is clearly caused by the US currently having the largest market for vape products in the world.

To combat this problem, California Governor Gavin Newsom has ordered the Department of Health Services to educate the public on the risks of vaping. He has also proposed a new policy to enforce stricter age regulation on the sale of vape products, as well as adding a warning to every product sold.

In addition to Newsom’s proposal, President Donald Trump has declared that he will ban the sale of all flavored e-cigarette products, though he has not done so yet.

We at The Olympian support the proposed vaping solutions. The proposed ban would prevent future generations from developing a nicotine addiction.

Newsom’s plan to spread awareness of the harmful effects of vaping has the potential to take away appeal to young people. We also hope that Trump follows through with his announced action.

This epidemic is comparable to the smoking epidemic in the 1960s. To bring down the number of cigarette smokers in the 1960s, the US spread awareness about the health issues that can be caused by smoking. The Olympian thinks it is a good idea to have campaigns to make vaping socially unacceptable.

Another idea that was brought up was to invest more money on rehabilitation and education over punishment. The state should provide more information to parents and kids about the potential effects of use of vapes and juuls.

Our last idea is to put a tax on the vapor products to make it more expensive. If something is more expensive, people are less incentivized to buy that product. Taxing products have worked in the past. When California put more taxes on cigarettes, their sale decreased. That could work to discourage vaping too.