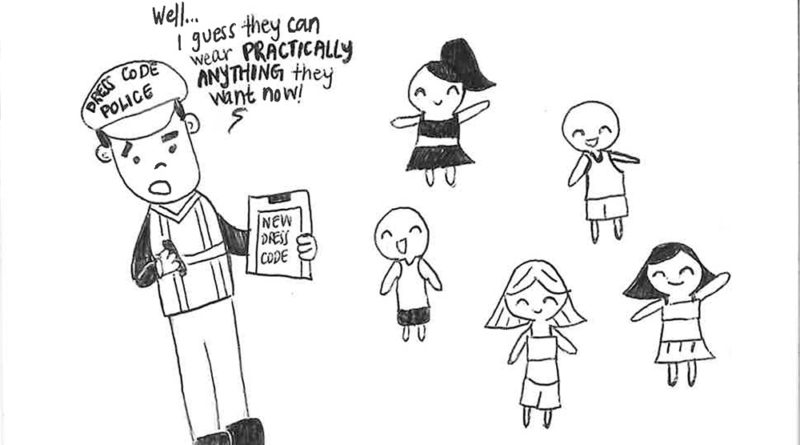 The CVUSD has recently proposed alterations to its dress code, affecting not only CVHS but also all other schools within the district. The change has called for a slightly more lenient and uniform dress code across all schools within the district, meaning that high school, middle school, and elementary school students alike will share the same rules. The Olympian mostly supports this change, but we have some questions regarding the dress code as a whole.

What we enjoyed most about the change in the dress code was its inclusivity; rather than having designated dress codes for each school level, this change has allowed for elementary and middle school students to enjoy the same freedom in how they are able to dress as high school students. Superintendent Parvin Ahmadi reportedly visited numerous schools within the district to gather student opinions on the changes being made.

Additionally, many feel that this change has allowed for greater equality for girls at school in terms of dress; before this change, a number of female students recalled being more frequently reprimanded for violating the dress code and felt that they were dressing in the interest of boys. We feel that girls can now freely express themselves through their clothing without the fear of being punished.

However, how these changes and the dress code as a whole will be enforced is somewhat vague; teachers and staff alike may be able to abuse their authority, and may undermine these changes by wrongly reprimanding students. In addition, there is some lack of clarity regarding the term “hate speech” as seen in the code. What exactly would constitute what is referred to as “hate speech?”

Although these concerns have been and are still relevant to the dress code, we ultimately feel that the district-wide changes that have been proposed are largely positive, and should further the ability for students to express themselves freely through their clothing choices.