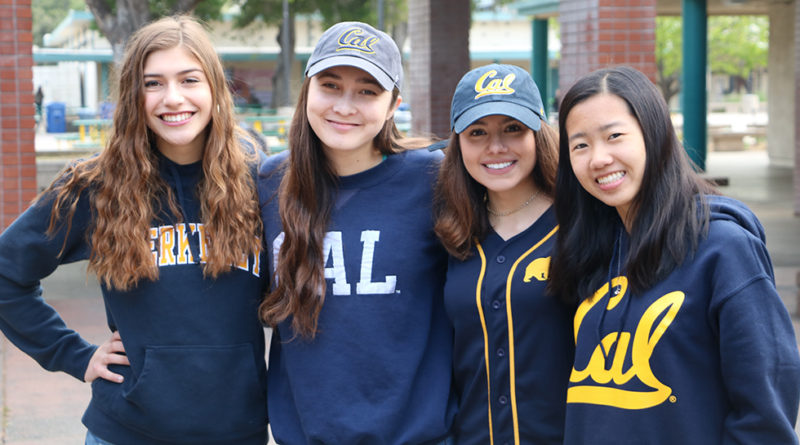 My heart felt as if it was going to burst out of my chest. My mouse hovered over the “Submit” button for what seemed like centuries. Finally, I held my breath firmly as the click! of the mouse signalled the beginning of the end. I had officially submitted all of my college applications.

A couple months after hitting the submit button, I can proudly state that I will attend UC Berkeley next year.

There are many things that I wish I had known before starting this process. Hopefully, the advice I give to you will keep you better informed than I was. I applied to the three different types of colleges that many other students do, as well: California State Universities (CSUs), Universities of California (UC), and private schools. Additionally, many find attending community college and transferring to another school later on to be a viable option. It’s also very affordable!

Each institution has its own style of application. Most CSUs do not require a writing portion and rely heavily on pure grades, but both private schools and UCs ask prospective students to write various essays. With this in mind, I hope you take something away from the advice below.

You should look into the different programs, resources, and atmospheres offered by any colleges you are interested in before applying. After conducting some research, you may realize that a few aren’t the right fit for you, and that’s perfectly okay!

If you have the opportunity, visiting college campuses also provides a lot of insight as to whether or not you can see yourself thriving in each environment.

“It’s so worth it to spend the extra time researching what different schools have to offer; don’t just apply to a college because your friends are, or because of the name. It’s super important to have realistic target and safety schools that you love. I think it’s helpful to figure out what you’re looking for in a school early in the process, whether that be a specific major, program, geographic location, political climate, or shared student value,” said senior Lauren Fung, who will attend Brown University this fall.

If you can’t because of work or a summer program, it’s not the end of the world. However, I urge you to begin working on them as soon as possible! I think I started working on them in August, and continued writing essays until some deadlines in January.

Oftentimes, colleges will provide you with options of different prompts you can respond to. If you can’t begin writing over the summer, at least try to compose a list of the prompts you have chosen for each college, ideally with outlines or notes.

Personally, I struggle with writing about myself, especially while basically boasting. Naturally, composing so many different short essays entirely about myself was not easy–but it was necessary.

I found that longer essays (at least 500 words long)–like those required from the Common App and private schools–gave me more room to be creative in the way I organized my writing. The UC Personal Insight Questions, however, are only 350 words each and aimed to gather as much compact information about you as possible. Don’t be shy! The colleges you are applying to are essentially asking you to brag about yourself.

On the other hand, you shouldn’t lie about your experiences or academics. It’s simply unfair to other applicants.

“It’s almost impossible to know what the schools will want so it’s important to show your best qualities and passions in your application rather than trying to give them what you think they’ll want, like a sob story,” said senior Reilly Berberian, who will attend UCLA this fall. Berberian, for example, wrote one of his Insight Questions about his lack of parking skills.

I cannot stress this enough. You must edit your essays! Read them before going to bed at night, read them when you wake up in the morning, read them while you’re eating dinner, and most importantly, read them aloud. When you actually hear your voice reciting your essays, it’s easier to discover what feels wrong.

Peer editing is also a wonderful tool! Try to have both someone you know and someone you don’t know as much read and edit your essays. The college essay workshop that the English department hosts is also a great resource for feedback.

Know the deadlines for turning in the letter of recommendation request for BOTH early decision and regular decision.

Typically, counselors will submit your first semester transcripts for you, but you might want to go ask them to just in case. Neither UCs nor CSUs require official transcripts, but you will have to self-report your grades in each application.

Private schools are usually the only colleges that will require letters of recommendation. UC Berkeley is also the only UC that may or may not require them. During your junior year, try to choose which teachers you think know you best and think highly of you.

My counselor changed half way through the year, and I basically didn’t have one during the window of time in which I needed my letters of rec, which was a struggle. If this happens to you, which I hope it doesn’t, talk to a previous counselor or the next counselor you feel knows you the best. Then, when mid-year reports (first semester transcripts) were due, I had a new counselor. It was then that I learned the biggest lesson of all: talk to your counselor! We had to work together to change my Common App account to let her submit the transcript.

The entire college process can be daunting and discouraging, but you can’t let the vastness affect you. If you’re overwhelmed, try making a list of the things you have to do. Break the list into different parts, until you have more manageable tasks for yourself.

The most important part of this process is learning to accept whatever happens. College decisions remain a mystery to me. I know many people who were rejected from some schools they should have gotten into. I know equally as many people who were accepted into some schools that they didn’t believe they even had a shot at attending. Either way, you have to learn to accept the decisions.

If you don’t receive an offer of admission into a school, it doesn’t make you any lesser of a student. Wherever you end up, you will most likely enjoy yourself. And, trust me, keeping your eyes glued to self-undermining forums like College Confidential is not a good idea.

“Though applying to college can feel like determining the course of the rest of your life, don’t worry! You will end up where you’re meant to be. Even if you don’t get in to your dream school, chances are it wasn’t the right fit for you anyway,” said Fung.