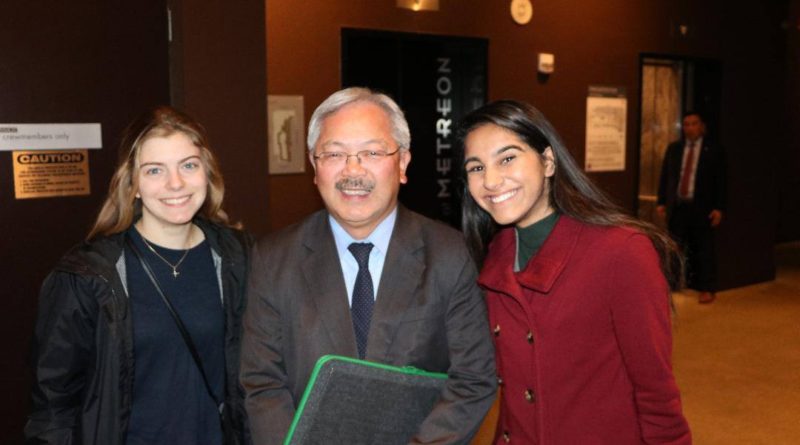 Imagine a world with air quality so low, it prevents proper habitation of certain areas. My grandparents live in the heart of New Delhi, India, an epicenter of smog and pollution. Delhi has already had to close schools for a week due to air quality being too dangerous for children. My grandparents often complain about how the pollution is affecting their country. It makes it hard to live.

Our world is threatened more and more by these “freaks of nature” that seem to become less of a freak of nature, and more of a pattern. In the face of this human-made disaster, what are we doing as Americans? On a federal level, the United States has pulled out of the Paris Climate Accords, and wiped public domains clear of any global warming related data. However, in the face of denial, California is stepping up, and in a big way.

The Olympian attended the ClimateTECH summit on Nov. 29, where journalist Thomas Friedman from the New York Times spoke to Governor Jerry Brown on all things climate change. Guests at the event culminated from every industry, ranging from environmentalist groups to people in the private business sector, in a conjoined effort to combat climate change.

Our 79-year-old governor has more bravery and audacity than any politician in Washington right now. He is knee-deep in pain-staking work, negotiating with businesses in California to gradually reduce their carbon emissions using the cap-and-trade program.

“This is like trying to talk about abortion in the Vatican. It’s not a term you want to express. Not in front of the Pope anyway. In front of Republicans, climate change, global warming, has been re-framed as regulation and a liberal threat the to free-enterprise system, ” remarked Brown.

It’s so easy to get lost in the abysmal political climate that surrounds climate change given the Trump administration’s effort to ignore the destruction of our planet. Brown expressed his frustration.

“We have two curves. We have the curve of technological innovation, giving the human race more and more power, which is also the power of destruction, and that curve is going straight up. The other curve is one of wisdom and self restraint, which is completely flat,” said Brown.

After the conference, I had one question in mind: what can we do? We spoke to Mayor Ed Lee of San Francisco.

“I think citizens from young people to old have got to embrace our environment. There’s a lot of things you can do in between, starting with personal habits, and then moving to the larger discussion about what we can do to get solar and storage and green energy sources,” Lee said.

This issue will be combated if we take initiative within our own lives and communities. Making the extra effort to carpool, using an electric vehicle, or conserving energy by going solar are all feasible tasks we as a community can undertake to support our environment. This is so crucial because health effects will hit us in the U.S. in around 20-30 years. But for my family in India, those health effects are hitting now. We want to do everything in our power to avoid a situation in which the air is unbreathable and unhealthy. Start by changing your own habits.