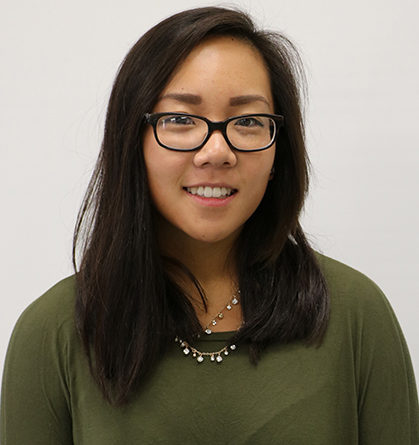 I had the exciting opportunity to attend the California Newspaper Publishers Association Governmental Affairs Day with a group of my peers from The Olympian in Sacramento on Feb. 15.

We participated in a press conference in the Sacramento Convention Center and heard from many notable speakers in the California Legislature including Senate President Pro Tempore Kevin de León and Attorney General Xavier Becerra. Our group was one of only two high school journalism classes in the room, and it was intimidating to be in a room with professional and college-level journalists. However, it was an incredible learning experience and we definitely took a lot of new insight home with us.

All the legislators addressed the recent election of President Donald Trump and his plans to implement policy changes.

The first speaker we heard from was Republican Assemblyman Chad Mayes. He expressed that a good relationship with the federal government and acceptance of Trump’s presidency is crucial.

De León stressed the importance of California’s economic prosperity and promised to work against Trump’s attempts to harm it.

Becerra gave an emotional speech relating his journey as the son of immigrant parents, and clearly expressed his disagreement with Trump’s views on immigration. He also highly praised the state of California, calling it “the most vibrant state of the nation,” and “the locomotion that keeps the American economy going.” His attitude toward Trump’s presidency was that “California should keep doing what it’s doing.”

Aside from the press conference, we also got to interview Democratic Assemblyman Bill Quirk and Senator Bob Wieckowski in their offices. They had a lot to say about the future of California as well. Wieckowski described the situation as “Hurricane Donald,” because hurricanes are unpredictable and can cause lots of damage. Quirk voiced many concerns over health care and immigration.

Most of the people we spoke with had an attitude of grim determination concerning the Trump presidency, which was heartening and comforting to know. I fully trust that our state lawmakers will do everything in their power to preserve the well-being and rights of Californians.

It was an honor to participate in such an incredible experience. I learned about the state perspective of moving forward amidst all the current political turmoil, and was inspired to continue my path into the field of law and politics in hopes that one day, I may be the lawmaker to grant an interview to CVHS students.