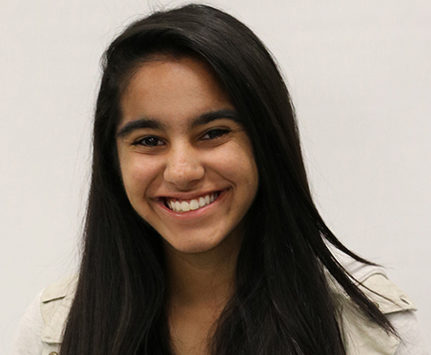 Pope Francis endorsed Donald Trump? Hillary Clinton sold weapons to ISIS? Fake news stories have garnered millions of readers during the last three months of the United States’ recent election. Fake news is a hot topic among politicians and journalists because it establishes a misinformed and ignorant public.

The sheer power of social networking sites in our society is widely recognized today. Media companies such as Facebook and Google initially denied responsibility for influencing the election, absolving themselves from any consequences fake news has. Now they have laboriously begun to restrict hate speech on their sites to prevent the spread of fake news and cases like “Pizzagate” or Anas Modamani.

An obvious example of fake news’ impact on the public would be the conspiracy theory humorously coined “Pizzagate.” A man actually shot up a Washington pizza parlor because he had read online about Clinton’s supposed human trafficking ring, run in the basement of said parlor. This story provoked outrage over the internet’s power and how fake news truly is becoming the prevalent issue that it is.

An interviewer from Full Frontal with Samantha Bee sat down with a man whose profession involves writing and spreading fake news. Alan Montgomery, known as the godfather of the fake news industry, wrote angry lies, mainly about Clinton, despite voting for her.

“My point from the beginning was to educate consumers of content on how to identify these fake vs. real news. It is the responsibility of the reader or consumer to know the difference,” Montgomery said.

Facebook and Google have taken steps to clean up their sites, however. For one man, Anas Modamani, this was not enough. He is suing Facebook for hate speech after his picture has repeatedly appeared in fake news stories linking him to terrorism.

Many other countries have dealt with the effects of social media sites on their democratic processes, and are also taking action to prevent it. South African countries have banned use of Facebook, WhatsApp, and Twitter before elections. Indonesia’s government has closed sites that promote fake news. On the other end of the spectrum, President of the Philippines Rodrigo Duterte’s team used a fraudulent picture of a corpse to send a bold message that the Philippines is cracking down on illegal drug markets. The picture actually originated in Brazil, and had nothing to do with Philippines.

With all the fake news circulating on the internet, and peoples’ biases and prejudice slipping into their writing, you are probably wondering how to discern between real and fake news. I’ll give you a few tips: