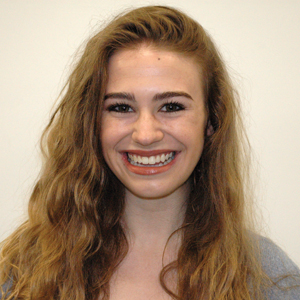 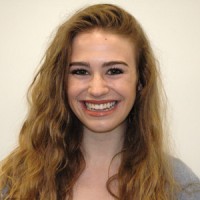 In New Delhi, India, a 23-year-old woman was gang-raped and beaten while inside a moving bus on Dec. 16.  According to the Washington Post, the woman was then thrown out of the bus and onto the street, accompanied by her male friend who had tried to protect her.  Two weeks later, she died of her consequential injuries at a Singapore hospital.

Although a high-profile case, this attack was proven similar to numerous rape incidents in India, and has galvanized groundbreaking protests in response to the growing number of sex crimes committed against Indian women across India.

A three-member panel, formed to alleviate the outrage stirred by the rape incident, received nearly 80,000 responses after it called out for the public to send suggestions regarding India’s governance, reported the panel’s head Justice J.S. Verma.

Despite this obvious indication of great concern for the safety of India’s women, Verma said that hardly any of the police chiefs replied to requests for reducing gender-based violence, rather addressing such proposals as “laughable.”

The horrific New Delhi gang rape  – and how it has been essentially dismissed among other similar assaults –  makes me ruminate on the status of which women are perceived and what could possibly justify the views that they are inferior to men.  The degradation of women seems ironic to me, for they are the reason that life exists and perpetuates.  Without women, there would be no men to place on a pedestal and call superior.

However, needless to say, rape occurs everyday in many countries throughout the world.  According to a World Health Organization (WHO) survey, 59 percent of women in rural Ethiopia have been subjected to sexual violence from their partner, and 62 percent of women in Peru have reported physical violence.  Even in the United States, nearly one in five women have been raped or have experienced attempted rape.  Such statistics reveal the gravity of gender inequality throughout the world and the significance of ending this intolerance.

Not to say, of course, that all men are abhorrent sexists.  Many men respect women and regard them as equal individuals with the same rights and abilities as them.  Even those who hold bias against women have the ability to change their views.

As maternal health program coordinator Suniti Neogy expressed, “Aggressive behavior toward women isn’t innate. It’s learned and can be unlearned. When prompted to reflect on their attitudes towards women’s education, sharing domestic tasks, having girl children, and even violence, the boys and men I work with every day can and do change.”

As the great Mahatma Gandhi once said, “Woman is man’s companion, gifted with equal mental capacities. She has the right to participate in the activities of man to the very minutest detail and she has an equal right to freedom and liberty as him” (Equal in Status).  In simpler terms, every human being is equal, and should therefore, have equal rights to “freedom and liberty.”

Men and women may not be identical, but that does not mean one should dominate the other.  If anything, our differences should unite us in order to introduce a more balanced, equally represented perspective to our society.  Such equality will encourage an environment of love and respect for one another, an environment of beautiful humanity.

Ultimately, the expanding rape epidemic will only continue to persist until the world can redefine women as equal, independent individuals. Only when this is achieved, when women’s oppression in society is irrevocably brought to an end, can we begin to follow the impartial path to freedom.