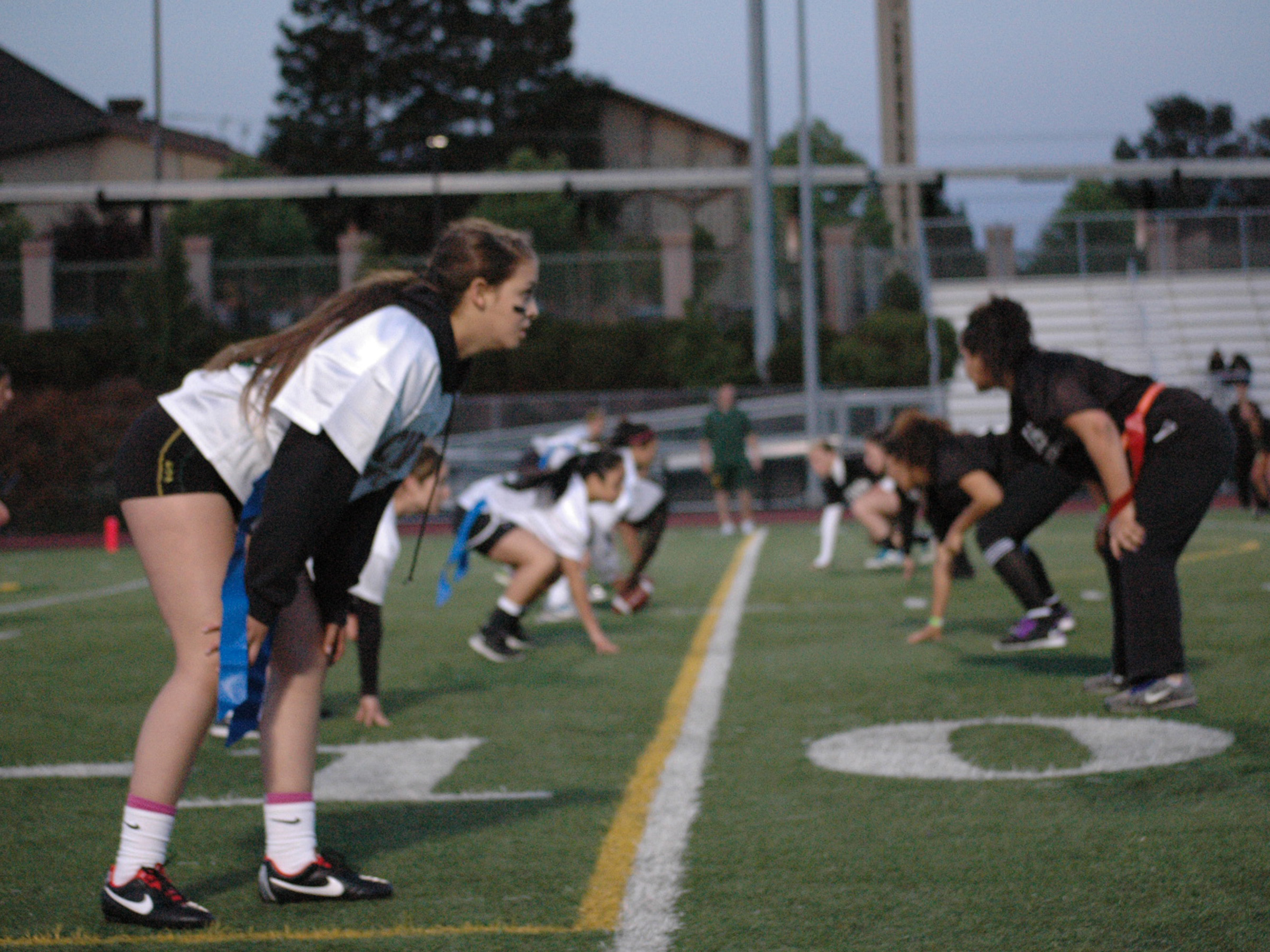 A large portion of the student body turned up to support their fellow classmates at the annual girls Powderpuff Football game on May 17. The freshmen and juniors battled it out against the sophomores and seniors under the stadium lights for a chance at the winning title.

For senior Raquel Huerta, it was a bittersweet feeling knowing that this would be her last time participating in the game.

“We were all excited and prepared to win. The coaches were amazing and I even made some new friends along the way. I’m really going to miss just being around all these amazing girls” said Huerta.

The game was an exciting one with twists and turns throughout. The first two quarters were definitely favoring the sophomores and seniors with the halftime score at 16-0.

The game grew intensely as a few injuries occurred on both sides. One thing was clear: all of these ladies were in it to win it.

Determined not to go down without a fight, the freshmen and juniors came back with a touchdown, managing to score a few points for their team.

Pushing through to the final moments was crucial for both sides. However, the sophomores and seniors used this to fire themselves up to win the game with the final score of 28-8.

“Even though we were up for the whole game, I still felt a bit nervous. Anything could have happened but when that countdown reached 0.0 seconds, I felt so excited and proud of our team,” said Huerta. “We worked hard, and even though some may have gotten hurt, the joy of winning our last game overtook us and we forgot the rest.”
Junior Elisabet Herrera enjoyed the whole experience despite the score.

“Practices were very productive. We didn’t get breaks unless we were switching fields and a lot of girls were really into it,” she said.

“The overall experience of the game was very fun. Although winning wasn’t the main goal, it would’ve been a nice reward,” he said.