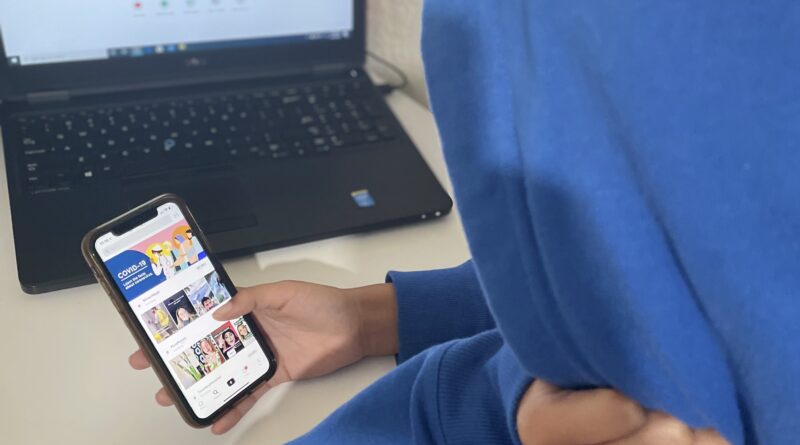 People of all ages have the ability to make 60-second lip syncing videos, dance videos, start new trends, and record their daily life experiences. Anyone has the opportunity to go viral and gain fame from just posting a minute long video. Many people who have never experienced fame have woken up to see that their videos have gained over a million views.

The TikTok algorithm is also designed to cater videos to users based on what they have previously watched and liked, as well as the songs and hashtags they use with their own videos; hence people can connect and find people who share similar interests.

“Tiktok has fostered a greater political awareness, with creators whose accounts are dedicated to reporting on political events and educating their audiences on theory, current events, and history that is almost never taught in our eurocentric white washed history classes. This new perspective has allowed for people to have a much greater sense of the world around them,” Tayag said.

Through TikTok, many have shared political opinions which have caused many online feuds and heavy discussions, but also many have been enlightened on the many issues in the world that did not gain much attention, like the genocide of the Uighur Muslims in China. People have used the platform to organize political protests. Anti-Trump activists once persuaded people to register for a Trump rally and not show up, and it worked. Those from both political parties have succeeded at spreading their perspectives and beliefs.

Teens have created virtual communities or group accounts such as @therepublicanhypehouse with one million followers and @thedemhypehouse with 249 thousand followers. These two “houses” often duet each other’s videos to debate and point out flaws in each other’s statements.

Many TikTok creators were especially active during the election. Activists engage with the younger generation through including facts, statistics, or opinions in short 15 to 60 second dance or lip sync videos in order to educate and inform. Many users are under the age of 18, so they created content to campaign and influence voters.

Although Tiktok is great at providing information, it is also important to note that many false conspiracy theories have been spread on the app, so it is extremely important to double check with trustworthy news sources before fully believing anything.