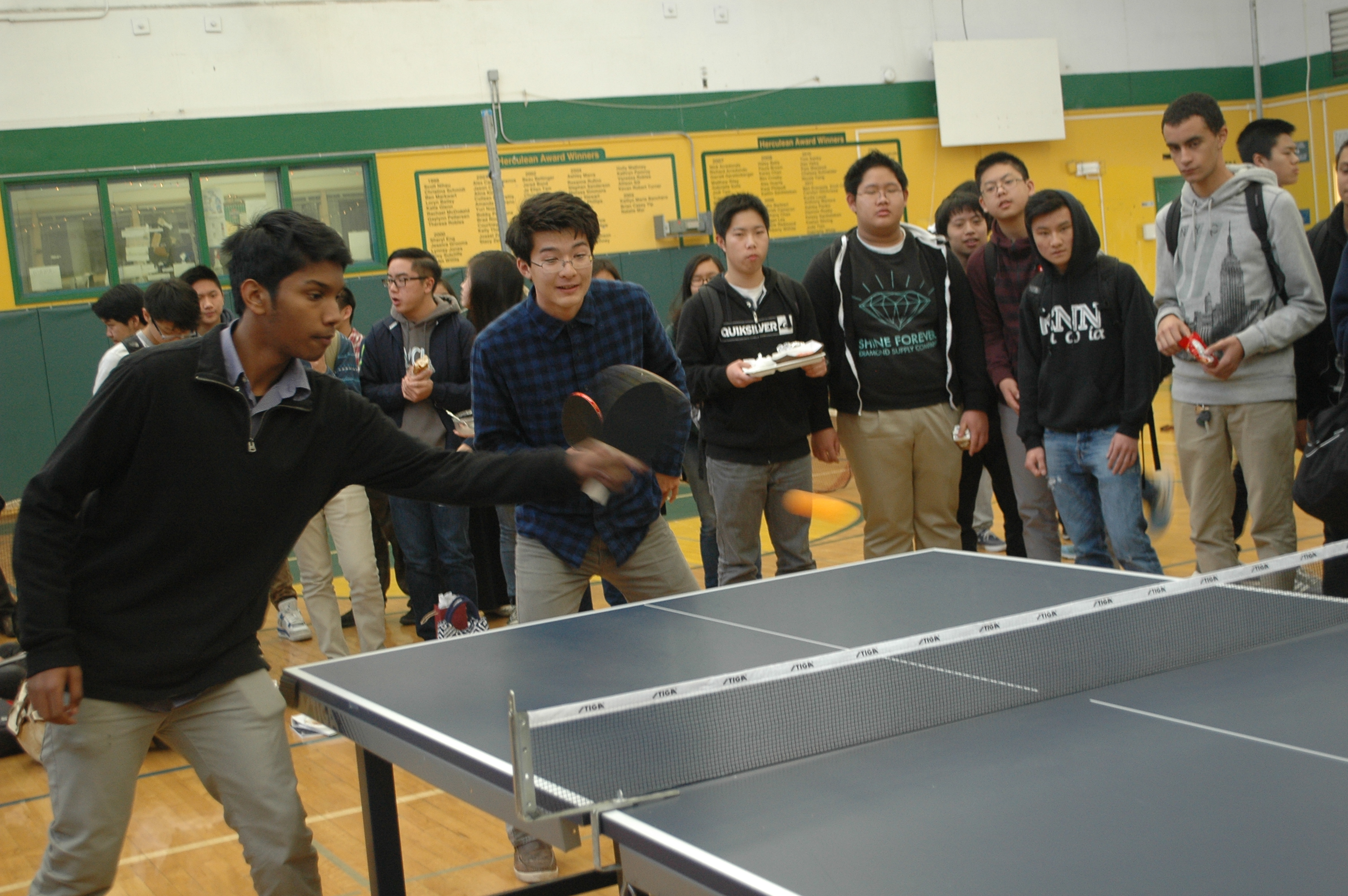 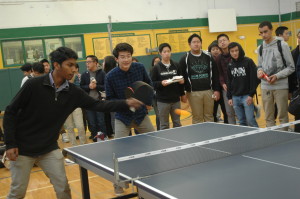 During lunch the old gym opened its doors to the 21 teams of the December ping pong tournament. Students from every grade came in to support their favorite teams and watch the biggest ping pong battle of the year. Each team showcased their skills to prove they were worthy of first place. However, only two teams made it to the final round to try and take the medals home, team Team and team Dropshot Divas.

The tournament became even more interesting when last year’s defending champion Sean Luster predicted, “Oh, it’s about to be easy. No competition, its over.”

Seeing Luster’s comment as a challenge, the other teams felt even more of an urge to take the championship title and defeat the former champion.

“We are going to stay strong. We are against the odds, but we’re going to fight through,” added Brian Tognolini.

Although the gym was full of fans every day, the final game was the most crowded along with heavy cheers and screams of excitement. Surprisingly, Sean Luster’s team, Team, lost the game to team Dropshot Divas. Justin Tat and Mat Situ took home the trophies and the championship title for the 2014 ping pong tournament.