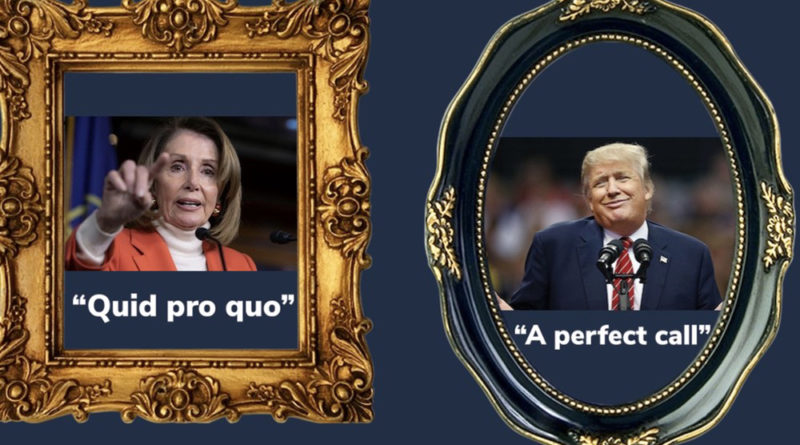 The House of Representatives voted to impeach President Donald Trump on accounts of obstruction of Congress and abuse of power on Dec. 18.

Trump is only the third president in U.S. history to be impeached.

The impeachment trial has not yet happened around Trump’s call with the President Zelensky of Ukraine in July that outraged Democrats in Congress.

Leading to the House’s decision, Democrats argued that there was transfer of favors, also known in legal terms as a “quid pro quo.”

That same month, Trump told the Department of Defense to hold Ukrainian military aid which Congress had approved, according to Public Integrity.

“After hearing the president say, flat-out, that he would accept a foreign power’s offer of dirt on an electoral competitor and probably not inform the FBI of such an effort, I believe that Congress must pursue impeachment,” Congressman Eric Swalwell wrote in a tweet.

In the call, Trump allegedly told Zelensky that he should consider looking into former Vice President Joe Biden’s son, Hunter Biden, who worked for a Ukraine based oil company.

Biden was placed at the Ukrainian company and had hopes of using Biden to secure a meeting with the Senate Department, according to the Wall Street Journal.

Now impeached, Trump faces removal from office and a trial in the Senate. But most expect the Republican-led Senate to let Trump keep his position.

For example, high ranking Senate Republican Lindsey Graham told media that he would fall in line with the White House in the trial. “I’m not trying to pretend to be a fair juror here,” Graham said.

Speaker of the House Nancy Pelosi held onto the articles of impeachment for several weeks to pressure the Senate to hold a fair trial and call witnesses.

It is not known when the Senate trials will start due to the holding of the articles, but even without removal from office, impeachment is very rare.

“Officials should be held accountable to the law despite who they are,” said government teacher Kathleen Cassidy about the impeachment.