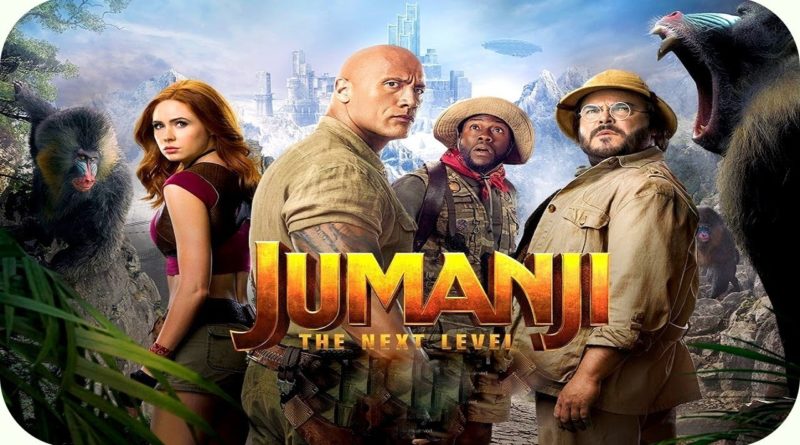 Over the break I watched “Jumanji 2.” This movie was great and jam-packed with all sorts of interesting scenes that really made you think. The movie started out with the original cast from the first movie, which was Bethany, Spencer, Martha, and Fridge. It talked about their new lives after they had their first experience with the game in the past months.

All seems to be well in their new lives until Spencer gets an idea to bring out the video game again so that he can feel the power and strength he used to have while he was in the game, given the fact that he feels weak and helpless in his everyday life.

His friends begin to worry about him when he doesn’t respond to their texts or calls, so they go looking for him and find out that he has been sucked back into the game. The only way to get him out is for them to go back in.

The friends once again find themselves stuck in the dangerous game with only a few resources and little direction. As the film goes on, they start to realize that teamwork is the only thing that will help all of them come out alive and healthy.

This by far was one of the best movies I have seen in a while and if I were you I would definitely check it out before it’s too late.