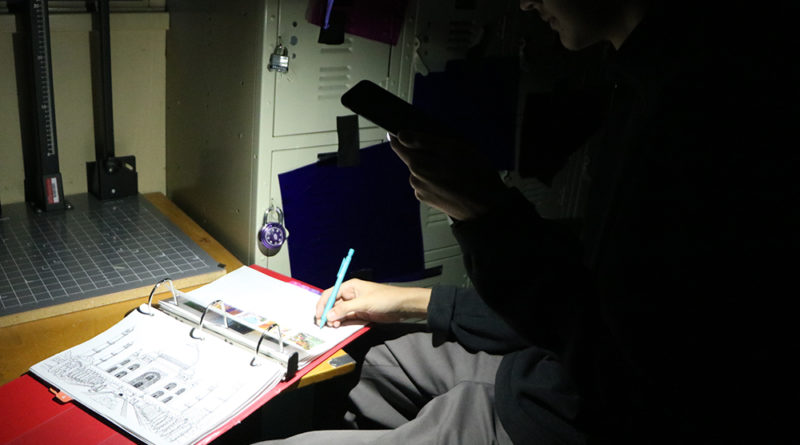 Power outages implemented by PG&E to prevent fires affected hundreds of CVHS students through October. Despite this, the Kincade fire began in Sonoma County, sending smoky air to the CVHS campus while many students had no power.

PG&E began its policy of shutting off power in bad weather conditions after poor maintenance of PG&E electrical equipment caused many fires in recent years, including last year’s fatal Camp Fire that forced many students to wear masks at school.

Many have criticized PG&E for its handling of the outages, including Governor Gavin Newsom, who has called for those whose power was shut off to receive compensation.

One student, Junior Monica Lu, reported how power outages at her home have been affecting her. “Oh, it’s been great [not having power]. Doing homework with a candle and flashlight, taking cold showers, brushing your teeth with a flashlight, and not being able to cook, it’s fun,” said Lu, sarcastically.

Others, like Junior Christine Xu, were lucky enough to not have their power shut off. “It’s okay,” said Xu about the outages, “because teachers are giving extensions to assignments that require electricity.”

Although CVHS was not affected by either power outage, the poor air quality caused by the Kincade fire led some to hope that school would be canceled. Four other schools in the district: Jensen Ranch, Palomares, Proctor, and Canyon, closed during the outages because they were directly affected.

However, as teacher Kathleen Cassidy explained, cancelling school may not be desirable. “If we can’t justify to the state government why we shouldn’t have school and we cancel it then we will come back in June to make that day up,” said Cassidy. “If we have power at school we are expected to be here.”

Cassidy also said that air quality was not bad enough to cancel school. “I live in Oakland and it was bad. When I woke up, [smoke] was in the house; it was everywhere.” But at CVHS, explained Cassidy, “in general, if you keep the doors and windows closed, it is not too bad.”

Xu agreed. “I think the air quality is not bad enough to cancel school for us at least. Even though other schools are affected by it because they are closer to the fires,” said Xu.

Because the outages are based on weather conditions, it is unclear if or when the next outage affecting Castro Valley will occur.