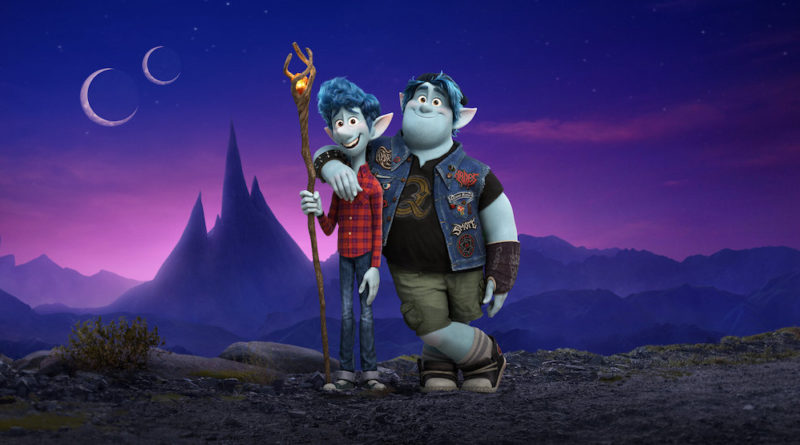 Ian Lightfoot struggled to hold the wizard’s wand steady as a gust of wind trashed his room. His brother opens the door to see what was happening inside and finds that the spell was working: their late dad was magically coming back to life. In his excitement, Barley Lightfoot rushed over just as the magic crystal burst into pieces and the spell stopped. The Lightfoot brothers looked over to the closet to see if their dad reappeared. Instead, a pair of legs walked out of the closet.

“Onward” is Pixar’s newest movie and first original movie since 2017. The movie follows two elf brothers as they go on quest in order to have their dad back for one day. The world they live in used to have magic, but was taken over by technology. As the brothers go on their adventure, they reconnect with the past and use magic to further their journey. They only had 24 hours to bring back their dad, but are met with tons of obstacles, delaying their success. At the end of the movie, only Barley gets to meet their dad as Ian, who had never met him before, distracts the evil curse so Barley can say goodbye. Ian realizes that although he never met his father, he has Barley to protect him in a fatherly way.

I really enjoyed watching this movie. I thought that it was a new, creative, and fresh story. I appreciated all the themes of the movie like family, technology vs nature, and facing your fears. I also loved how relatable the characters were: Ian, a fearful, shy, awkward teenager and Barley, a fun-loving, caring dreamer. Although this story takes place in a fantasy world, I thought that the small commentaries it had truly paralleled our own world. In fact, watching this movie, I thought about my brother and began to miss him, realizing how much he impacted my life and how he constantly supports me just like Barley supported Ian.

“Onward” is a heartwarming, family movie mixed with action, comedy, and adventure. It doesn’t fail to make you laugh, cry, and smile. I definitely recommend watching this movie, especially if you have a sibling.