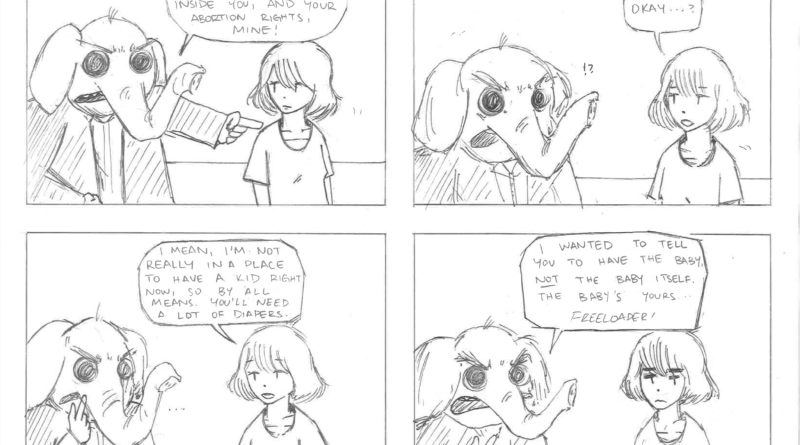 Alabama just passed a law making abortions illegal except for instances when the mother’s life could be in danger. This law makes Alabama the strictest state in the country when it comes to abortion. States like Georgia and Ohio are following suit with heartbeat laws which would restrict women from having abortions after a heartbeat is detected, which usually happens around six weeks.

The Olympian believes that these new laws are an attack on women’s rights and would force women to give birth to children they do not want.

These laws fail to take into account the fact that most women don’t even know their pregnant until after six weeks. The Olympian believes these new laws are not based on what is good for the people, but what is good in the eyes of religion.

While Alabama, Georgia, and Ohio are making these laws to enforce in their own states, they are also looking at the bigger picture; appealing to the courts and hoping to overturn the Supreme Court’s Roe v. Wade decision, which made abortion legal nationwide, even in instances where the mother wasn’t raped, a victim of incest, or medically endangered by the pregnancy.

While these laws seek to strip women of their rights, they may also be doing some good. People who were once separate are now united in their opposition. Women and men should stand together in solidarity for women’s rights. They might actually be able to create enough change as a solid unit to prevent laws like these from taking effect or passing again.

But until this change happens, we live in the present and the laws are still here. We should not be criminalizing women for taking control of their bodies, we should be providing safe and secure means for them to do so. If we don’t we will end up with women using coat hangers to perform abortions, and nobody wants that. Abortion should be safe, legal and rare.

We should emphasize sexual education and  properly educate our young women and men about the various forms of contraception. We should not criminalize women who get abortions or the doctors who perform them. We should get our youth more involved in politics because they are the future and they will be the people who keep abortion safe.